The Picture of Douglas Murray 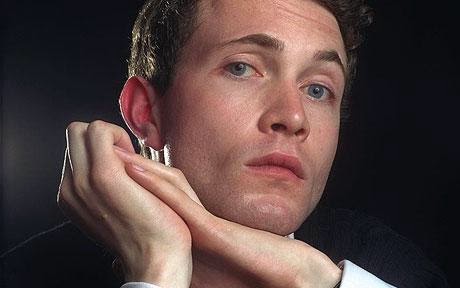 The writer and commentator Douglas Murray may not be made out of ivory and rose-leaves, but he certainly embodies several of the virtues that make beautiful and make manly, including courage, for example; courage in the face of often violent opposition and the courage to speak his mind with an openness lacking in most other public figures and politicians.

I might not always agree with what he says, but I can't help admiring him and, after first seeing Douglas on YouTube, I was conscious of the curious effect that he exerted: I knew that I was watching someone whose personality is so fascinating that, if I allowed it to do so, it would threaten to absorb my whole nature and whose neoconservative ideas are so dangerously seductive that, if not careful, they might infect my own thinking on the issues that face us today.

I do not know if we are destined to meet and to know each other. But I suspect, sadly, that we could never be friends. Indeed, I would find it difficult to even stay in the same room as this wonderfully handsome young man, with his finely-curved scarlet lips and frank blue-eyes full of candour and passionate purity; for how could one not feel inferior in the presence of someone so palpably better-read, better-travelled, and better-looking?

My one hope is that Douglas finds time to write more works of literary biography - like his brilliant study of Bosie, written when he was still an undergraduate - and that he doesn't squander all his time and talent listening to the tedious, trying to improve the hopeless, or fighting against the ignorant, the base, and the fanatic.

Posted by Stephen Alexander at 12:09