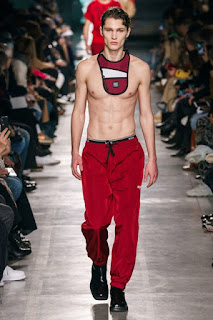 D. H. Lawrence and the
Revolt into Style

Perhaps because, as Roland Barthes suggests, "they alone are sufficiently free from its perceived triviality," some of the most interesting writings on fashion have tended to come from our poets and novelists, including Baudelaire, Mallarmé, Wilde and Proust. I would also include D. H. Lawrence on this list and find it rather surprising that more critical attention hasn't been paid to this aspect of his work, particularly as it relates to questions to do with gender, sexual identity, and the manner in which we inscribe signs of culture upon the flesh.

In this short paper, I will discuss Lawrence's neo-dandyism and the associated ethos of insouciance, arguing that the young men Lawrence imagines strolling along the Strand dressed in red trousers affirm the Wildean truth that in all matters of importance, style and an ironic, carefree indifference, not sincerity, is what counts. 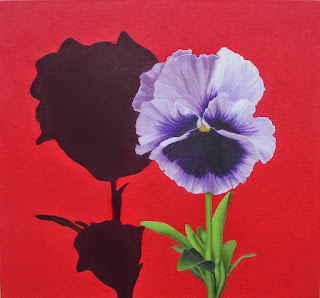 On the Politics of Homophobia

A 6/20 Presentation by Stephen Alexander

The negation of homosexuality is often in direct proportion to its symbolic centrality within the heterosexual cultures which violently denounce it. But homophobia isn't a natural phenomenon. Nor is it merely a discrete category of hatred and discrimination on behalf of certain individuals. It's a socio-political issue and needs to be discussed critically from the perspective of history rather than nature or personal psychology, although notions of desire and disgust are obviously at play and will be addressed.

Primarily, the paper will focus on what has become known as the Lavender Scare; a gay witch hunt that took place in Cold War America and tied to the fear of communism, thus linking sexual and political forms of deviance within the same perverse and paranoid dynamic. To those like Senator McCarthy, obsessed by the thought of 'communists and cocksuckers', it was not enough to identify the enemy, they also had to be pathologized; a threat to national security and to the very health of the nation.

As we will see, however, this is something practised by governments on both the left and right of the political spectrum which seek to utilize fear and hatred to their advantage. And it is something which is still happening today, in Putin's Russia, for example, affecting not only the lives of those within the gay and lesbian communities, but all citizens regardless of their sexual orientation or gender identity. For ultimately, homophobia is a method of keeping us all on the straight and narrow by defining the limits of what is and is not acceptable.


Note: This is a free but private event, by invitation only. Those interested in attending should contact Stephen Alexander: sa.vonhell@yahoo.co.uk 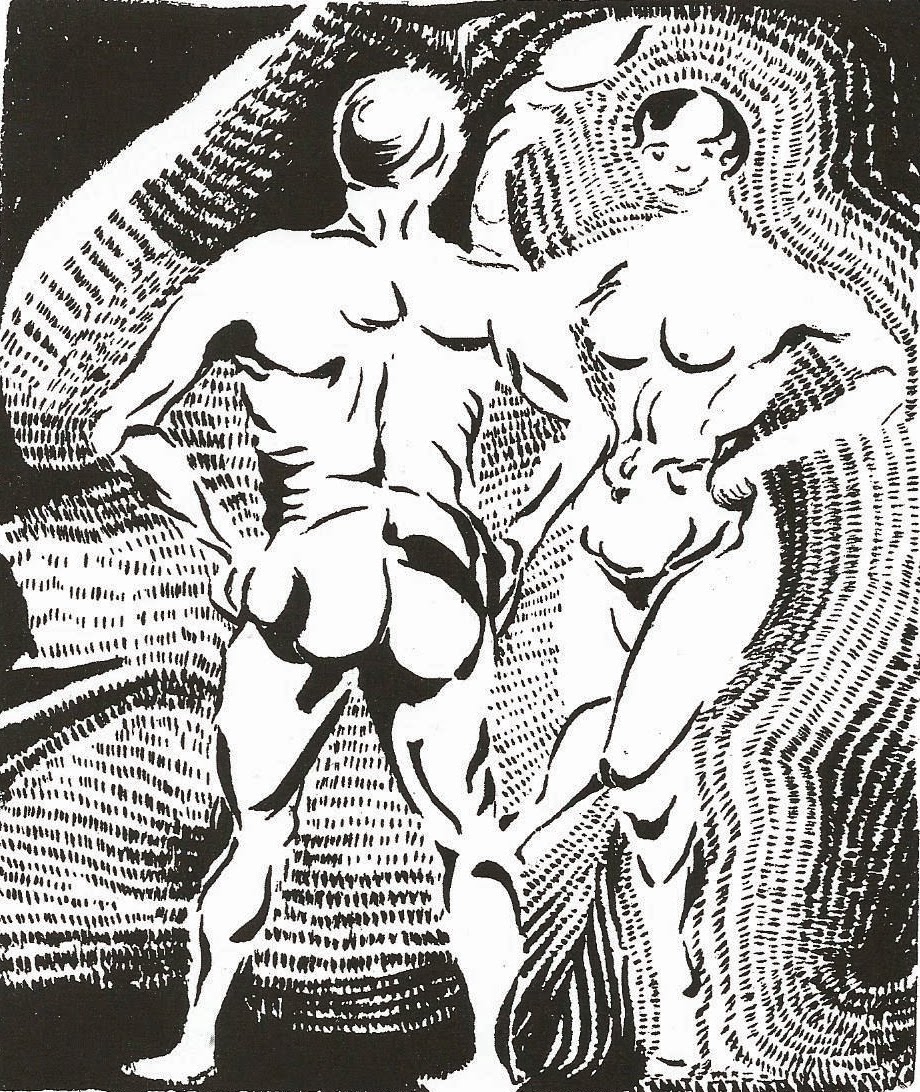 D.H. Lawrence and the Art of Sensation


In this paper, written specially for the D H Lawrence Society, Stephen Alexander will argue that the best of Lawrence’s pictures succeed as works of art despite his own attempts to make them subordinate to a phallic philosophy, or turn them into a form of self-revelation.

Particular attention will be paid to the very special violence that erupts from Lawrence’s canvases as part of what Deleuze terms an art of sensation; i.e. a non-representational form of art primarily concerned with colour, line, and the invisible forces of chaos working upon the flesh and upon the canvas, distorting and deforming bodies and liberating pictures from the tyranny of the cliché. A violence that knows not of symbolism or signification and cares nothing for narrative or anatomical fidelity.


In the House of the Sleeping Beauties 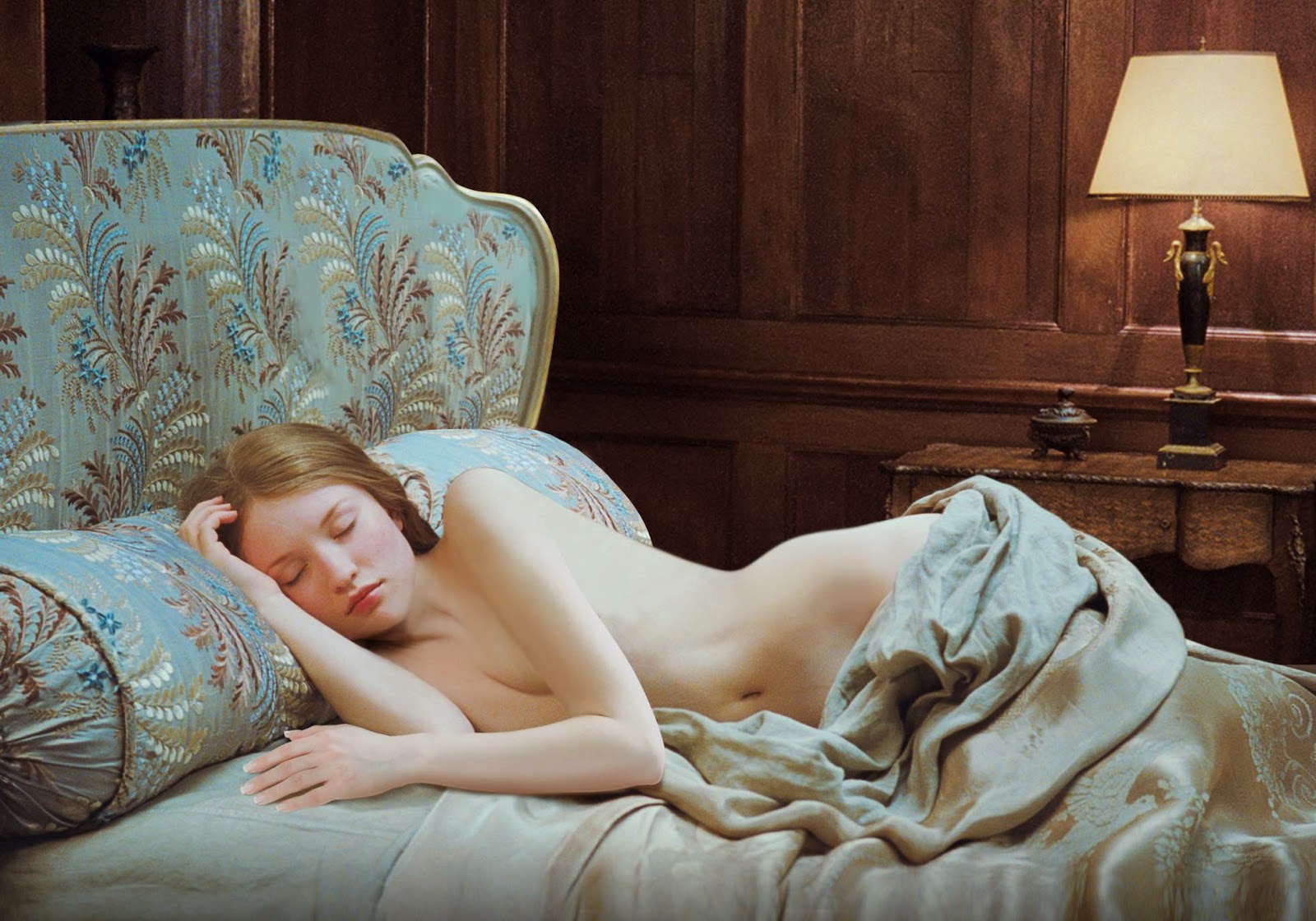 Lucky girls, so ‘tis said, are kissed by strangers whilst in bed.


In this 6/20 presentation, Stephen Alexander and Maria Thanassa will discuss themes and ideas that arise primarily from a reading of a short novel by the Nobel prize winning Japanese author Yasunari Kawabata.

In particular, notions of sexual objectification, gender inequality, rape, and radical passivity as a method via which the object might take revenge upon a cocksure subject will be examined with reference to cinema, European philosophy, feminist theory, and recent cases drawn from pornified contemporary culture.

Note: This is a free but private event, by invitation only. Those interested in attending should contact Stephen Alexander: sa.vonhell@yahoo.co.uk

And Other Queer Goings On in

The Case of Wuthering Heights 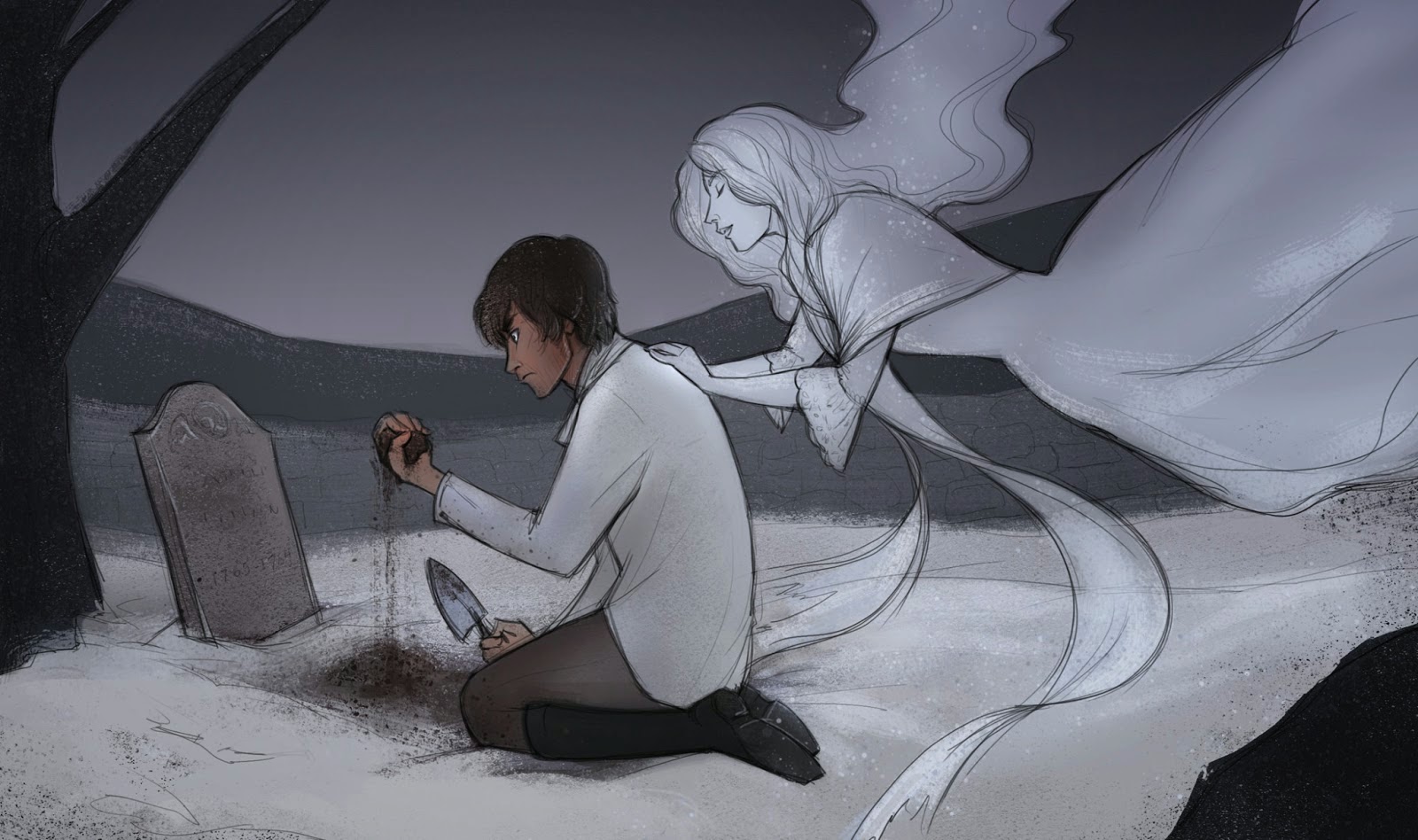 The most famous phantom romance in English literature is undoubtedly Emily Brontë's Wuthering Heights. In this queer gothic novel, Heathcliff is as amorously obsessed with the spectral figure of Cathy as he was with the flesh and blood version. He calls her to him with an insane passion of tears and voluntarily enters into a posthumous relation thereby denying Cathy the right to rest in peace - just as she prevents him from living happily without her.

Join us for this perverse presentation and discover why it is not always a bed of roses to fuck with the souls (or corpses) of the dear departed ...
Venue: Treadwell's Bookshop, 33, Store Street, London, WC1.
Date and time: Tuesday Oct 7th, 2014 at 7.15pm
Tickets: £7.00

From the Tower of Babel
to the Triumph of Twitter 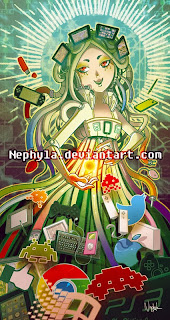 A 6/20 Presentation by Stephen Alexander

The biblical story of the Tower of Babel gives us a clear insight into the psychopathology of the Almighty: petty, paranoid, violent and vindictive. For his concern in Genesis 11 is unambiguous; namely, that a mankind speaking and acting as one might be empowered by its own technological ingenuity. Unwilling to allow a self-sufficient humanity to threaten his omnipotence or to realise its full potential as a species, he destroys the Tower and deliberately sows discord and confusion amongst a people where once there was fraternity and mutual understanding.

Happily, however, in this digital age, we have refused the judgement of a dead deity and built for ourselves not a tower of bricks via which we might storm an imaginary heaven, but a global electronic network via which we might instantly connect and communicate with friends, family, and strangers all over the world, exchanging images, ideas, and idle gossip.

Thanks to Facebook, Twitter and other forms of social media, we are once more discovering a sense of community and solidarity – even as we radically redefine what it is to be human: where once we lived in caves and dreamed of great cities – now we’re gonna live online.

Note: this is a free but private event by invitation only. Anyone interested in attending should contact me via the following email address: sa.vonhell@yahoo.co.uk

Philosykos: For the Love of Figs, 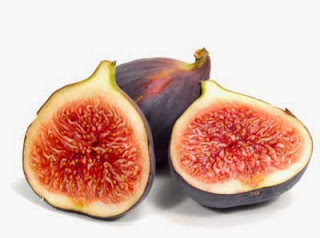 The figs are falling from the trees, they are fine and sweet;
and as they fall their red skins split.

In this brilliantly original contribution to upskirt politics, Greek literary scholar Maria Thanassa will examine our relationship with the fig - a relationship that is both ancient and intimate. For if fig trees are rooted in the soil on the one hand, they are cultivated in the porno-poetic imagination on the other. In language and in art, we have formed an unnatural alliance with the fig that arguably might be aid to transcend conventional ethno-botanical relations.


Via a gynaecological reading of D. H. Lawrence and Friedrich Nietzsche, Dr Thanassa will suggest how the cunt might be reinvested as site of female empowerment and pride and will affirm genital diversity in an age of plastic surgery and cosmetic conformity.

Please Note: this is a free but private event by invitation only. Anyone interested in attending should contact Stephen Alexander via the following email address: sa.vonhell@yahoo.co.uk

On Objectum Sexuality and Object-Oriented Ontology


In this provocative 6/20 presentation, Stephen Alexander will explore the charming paraphilia of objectum sexuality (OS) in relation to a developing area of contemporary philosophy known as object-oriented ontology (OOO).

Concepts of perverse materialism, speculative realism and pan-psychism will all be touched upon, as the argument is put forward that human subjects are only a rare and unusual type of object erotically entangled with all other entities, both actual and virtual, on the same flat field of being.

Particular reference will be given to the Eiffel Tower and the loving relationship formed with the latter by a young American woman, Erika Eiffel, founding member of OS Internationale.

Note: This is a free but private event by invitation only. Anyone interested in attending should contact me via the following email address: sa.vonhell@yahoo.co.uk 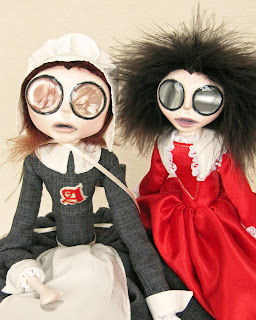 A Slice of American Gothic for American Independence Day

Nathaniel Hawthorne's The Scarlet Letter (1850), isn't simply a pleasant romance. Rather, it's a kind of queer parable; 'an earthly story with a hellish meaning'. Set in Puritan New England during the 1640s, it tells the tale of a young and beautiful adulteress, Hester Prynne, and her daughter, Pearl, a demon-child born of sin and passion.

Themes, including the exercise of legal power, cruelty, and witchcraft will be examined in the context of a time and place wherein the maypole has been replaced by a whipping post and men with grey beards and black hats enforce the judgement of God with grim determination.

Or Curb Your Correlationism 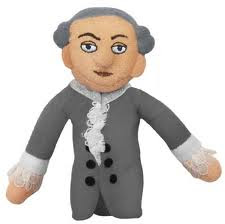 In this presentation for Philosophy For All, Stephen Alexander will examine the idea of correlationism given us by Quentin Meillassoux to describe the manner in which modern critical philosophy - which is to say all philosophy since Kant - has shared one fundamental belief: namely, that there is a permanent and privileged relationship between human beings and the world and that neither can be discussed without reference to the other.

Anyone interested in reading an advance copy of this paper is invited to email their request for such.