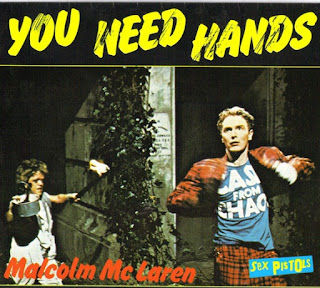 In his 1925 essay 'Why the Novel Matters', D. H. Lawrence challenges the mind/body superstition by musing on his hand in the act of writing. Why, he asks, should it be regarded as "a mere nothing compared to the mind that directs it".

Why indeed. For it is the hand which - animated with a life all its own - forms direct knowledge of the strange universe that it touches, grasps, and handles. And it is the hand which plays with a pen upon the page, slipping gaily along and jumping "like a grasshopper to dot an i".*

The hand, says Lawrence, is also capable of rudimentary thought and experiences boredom if obliged to engage in the same activity for too long. Ultimately, it has just as much ontological reality as the brain: "Why should I imagine that there is a me which is more me than my hand is?"

Why indeed. In fact, the philosopher Martin Heidegger gives the human hand special significance, believing as he does that it is what distinguishes man from all other beasts, including the great apes. Thus, as noted in a recent post on simian aesthetics, whilst Heidegger would readily admit that a chimp possesses prehensile, multi-fingered appendages capable of holding and manipulating objects - including paintbrushes - he would not allow that a chimp has hands in the unique (Daseinesque) manner that human beings have hands.

For Heidegger, there's an ontological abyss between the hand of Picasso, for example, and the hand of Pierre Brassau, that is not simply based on evolved anatomical difference. Derrida, however, has interrogated Heidegger's thinking on the hand and animality and argues that his insistence that apes have no hands (only organs that can grasp) is simply dogmatic speciesism which, as with all such oppositional thinking (or dualism), serves to land him back in the metaphysical soup so to speak.

Those interested in knowing what Heidegger says in more detail are encouraged to read What is Called Thinking? (1951-52). In this crucial late text Heidegger addresses the question of the human and what defines our unique existence or way of being in the world (i.e., what puts the Da- in Dasein and sets man apart from all other species).

Not wanting to fall back into the ontotheology that sustains traditional humanism, his answer isn't the mind or anything to do with the soul, it is, rather, die Hand; man is a kind of signifying monster who seems to be desperately trying to articulate something and the hand is the organ par excellence with which he gestures, points, and indicates - as well as reaches, receives, carries and welcomes.

Or, as Max Bygraves once wrote:

You also need hands, as Bygraves goes on to suggest, to wipe away a tear, to hold a new born baby, and to give thanks to God in prayer. I don't know if Heidegger knew this very popular song (a German version entitled Deine Hände by Gerhard Wendland was released in July 1959), but I think he may have liked it (then again, maybe not).

Insisting that thought is not a disembodied or merely cerebral process, Heidegger argues that man only really thinks when he creatively engages with the world with his hands. If he (somewhat predictably) writes of carpenters and cabinet-makers working away in some hamlet on the edge of the Black Forest, we are surely encouraged to extend what he says to include all people - but not Koko the gorilla or Congo the chimp.

Apes lack hands because they do not dwell within language (and so can never sing along with Max), concludes Heidegger, displaying the same problematic anthropocentrism that has characterised so much Western philosophy.

Martin Heidegger, What Is Called Thinking? trans. Fred D. Wieck and J. Glenn Gray, (Harper and Row, 1968). Originally published as Was Heißt Deken? (Max Niemeyer Verlag,1954), the book consists of a series of lectures given by Heidegger in 1951-52 at the University of Freiburg. To read online as a pdf, click here.

* Like Lawrence, Roland Barthes also liked to muse upon the physical act of writing - or what he termed scription - i.e., "the action by which we manually trace signs". Ultimately, for both men, writing is the hand and, in a wider sense, the body: "its impulses, controlling mechanisms, rhythms, weights, glides, complications, flights ..." It hardly needs to be said that Barthes had no time for the typewriter or word processor (in this he has much in common with Heidegger who believed it tore writing away from the essential domain of the hand and mechanically passed the word along, turning it into an element of commerce and communication). See Roland Barthes, The Grain of the Voice: Interviews 1962-1980, trans. Linda Coverdale, (Northwestern University Press, 2009), p. 193.

** Max Bygraves, You Need Hands (Decca, 1958). Written by Max Bygraves (under the name Roy Irwin). Performed by Max Bygraves with The Clarke Brothers and Eric Rogers and his Orchestra. Lyrics © Lakeview Music Publishing Co. Ltd. Click here to play on YouTube. For me, the song has special interest due to the fact that Malcolm chose to record it for The Great Rock 'n' Roll Swindle and his performance of the song with Helen of Troy, in Highgate Cemetery, is one of the more touching scenes in Julien Temple's 1980 film: click here.

Posted by Stephen Alexander at 18:36 No comments:

That Chimp's Alright: In Memory of Koko 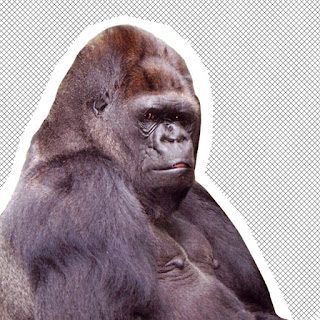 Although Puddy misidentified her species, he was absolutely right to declare that Koko the gorilla - who, sadly, died earlier this week - was alright. And the very fact that this one-time grease monkey could recall the name is evidence of just how far and wide her fame had spread.

Indeed, by the time of her death, Koko was probably the best-known and most-loved ape on the planet; popular not only with the writers of Seinfeld, but good pals with many celebrities, including Robin Williams, who struck up a particularly close relationship with her.

Koko was an unusually large female western lowland gorilla with a nipple fetish, a love of kittens, and an amazing ability to communicate with her carers using sign language. She also understood 2000 words of spoken English, in addition to more than 1000 signs.

Born at the San Francisco Zoo, she spent most of her life at the Gorilla Foundation's preserve in Woodside, California, which is certainly not a bad place to live, whatever species one belongs to. Her interesting life has been fully documented by Francine Patterson and others in a number of books, articles and videos.

Some commentators have challenged the extent to which Koko truly understood what she was signing; she didn't use syntax or grammar and the suggestion has been made that her actions were largely the product of operant conditioning. However, she scored well in different IQ tests (between 70-95) and had passed the so-called mirror test, something that most of her kind fail to do. So Koko was clearly not just a typical dumb ape.

Koko died during her sleep, unexpectedly, even though at 46 she had passed the average life expectancy of a gorilla and outlived her original male companion, Michael, by a good few years. The Gorilla Foundation released a statement saying "Her impact has been profound and what she has taught us about the emotional capacity of gorillas and their cognitive abilities will continue to shape the world."

This might be true. But, unfortunately, it doesn't alter the fact that both lowland and mountain gorillas - along with the other great apeas - are in imminent danger of extinction and the only sign they really need to learn is how to wave goodbye ...

Posted by Stephen Alexander at 16:43 No comments: