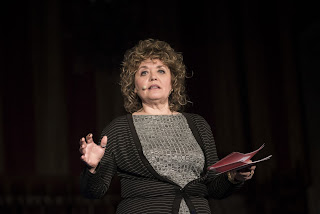 Blasphemy, as Richard Dawkins is fond of reminding us, is a victimless crime: for whilst God is obviously a real object of reference (and reverence) within human history and culture, he is not, of course, an actual entity.

And so, whilst you can certainly injure the feelings of his often hypersensitive followers, nothing that is said about or addressed directly to God makes the slightest difference to him. The most devout and beautiful of prayers as well as the most irreverent of insults, all fall on ears that are not even deaf.

Despite this being the case, there's a depressingly large number of countries that still retain - and vigorously enforce - blasphemy laws; including, of course, all the usual suspects in the Muslim world.

Shamefully, however, there are still Europeans who would also like nothing more than the opportunity to prosecute and punish those whom they accuse of bad-mouthing God; Christian reactionaries who envy Islamic militants and yearn for the good old days of Inquisition when they too could torture and murder blasphemers, heretics, atheists, witches, etc. in the name of Love and Divine Justice.

And so it doesn't really surprise to hear of the case of the poet Dolors Miquel being prosecuted - presumably under Article 525 of Spanish penal law - after publicly reciting her feminist version of the Lord's Prayer on stage in Barcelona, in which she redirects worship away from the figure of a bearded male towards that of a female deity: "Our Mother, who art in heaven / Hallowed be thy cunt."

The head of the Church in Catalonia immediately branded the verse as blasphemous and angrily dismissed the idea that it might better be understood as an ode to womanhood that celebrates fertility and life - just as he also quickly brushed aside arguments in defence of free speech.

My view - if it isn't already pretty clear - is that whist Dolors Miquel may not be the greatest poet in the world, she has every right to promote her vulva activism and gynaecological pride. The cunt isn't sacred, but neither is it blasphemous or obscene. And if phallocentric misogynists like to deny their maternal origin and wish to mutilate female genitalia rather than find happiness therein, well, that's something I find offensive ...

Posted by Stephen Alexander at 19:16 No comments: