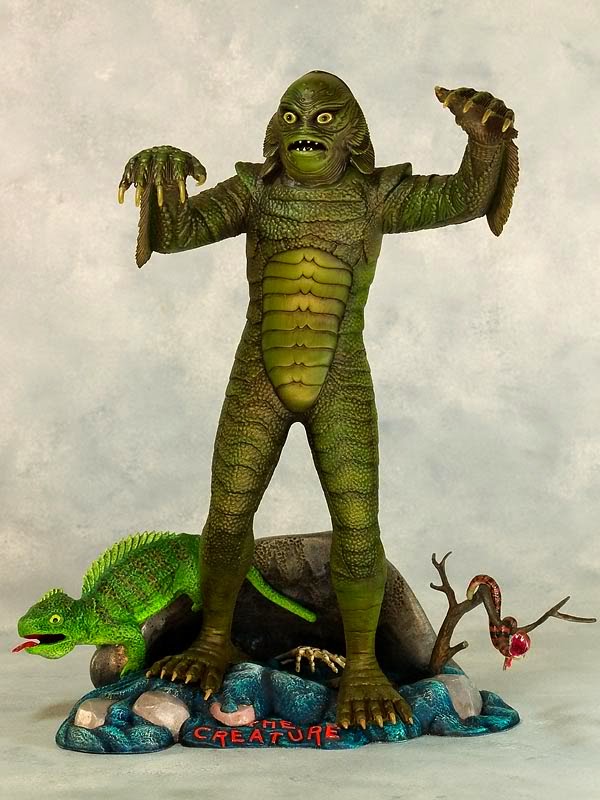 As a child, I was never much interested in building complex models of planes and ships and certainly wouldn't describe myself as belonging to what Geoff Dyer has termed rather nicely the Airfix Generation.

I did, however, love assembling the luminescent body parts of the great movie monsters manufactured by the Aurora Plastics Corporation.


Founded in New York in 1950 by engineer Joseph E. Giammarino and his business partner - the wonderfully-named Abe Shikes - the company became famous for these terrifying figure kits that delighted children who had a certain gothic disposition and a fascination for the morbid and macabre, rather than military history.

Of the dozen monsters that followed their 1961 Frankenstein kit, I remember having five: the Wolfman, Dracula, the Phantom of the Opera, the Hunchback of Notre Dame and, my personal favourite, the Creature from the Black Lagoon.

Posted by Stephen Alexander at 17:14 No comments: