A teacher in France kindly wrote to say how much she enjoys reading Torpedo the Ark.

She also shared an insight into the kind of questions her pupils sitting their philosophy exam this summer are expected to answer and closed her email by suggesting I might find it amusing to address one or more of the topics myself.

And so, not wanting to disappoint and always happy to accept a challenge, I've selected three of the six questions that Mme. Stas sent and provided (brief) answers ...

No: desire is a term of folk psychology and is thus a sign of our clinging to false beliefs concerning human behaviour and cognitive states. In other words, it's a sign of superstition (and idealism) rather than imperfection (or Original Sin).

2. Is it necessary to experience injustice to know what is fair?

No: the necessity (and value) of experience has rightly been interrogated within philosophy. Kant, for example, famously wrote: "Nothing, indeed, can be more harmful or more unworthy of the philosopher, than the vulgar appeal to so-called experience." It is thanks to our ability not only to reason but to empathise that we can recognise injustice without having to suffer such ourselves.

3. Does culture make us more human?


This is what Mona Lisa Vito would describe as a bullshit question. For it presupposes the human condition outside of culture, whereas humanity is purely a cultural effect; a face drawn in the sand at the edge of the sea, as Foucault would say.

For Nietzsche, meanwhile, the human being results from a moral-rational overcoding of the flesh and the internalisation of cruelty; i.e., a cultural experiment in discipline and breeding that makes of man an interesting animal.

I'm not sure I'd get a very good mark with these answers - aware as I am that French students are encouraged (and expected) to consider all sides of an argument before arriving at their own conclusion - but, thankfully, I'm not sitting in a classroom under strict supervision and attempting to pass my baccalaureate.

Why I Love Marisa Tomei 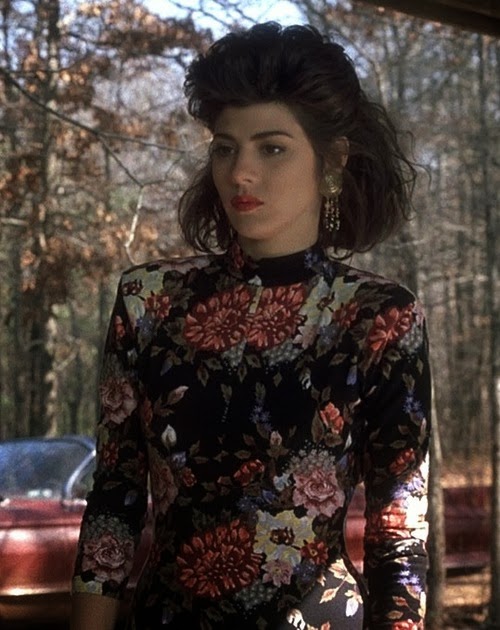 Marisa Tomei as Mona Lisa Vito
in My Cousin Vinny (1992)

There are doubtless many reasons to love the Brooklyn-born, Oscar-winning actress Marisa Tomei, but here are a couple which, along with her amusing Seinfeld appearance, secure her a permanent place in my heart.

Amongst the many memorable scenes featuring Miss Tomei, perhaps the one for which we are most grateful is the so-called 'biological clock scene' in which she wears a backless, shoulder-padded, floral catsuit. A daring choice of outfit that provides conclusive proof that despite what certain narrow-minded fetishists believe, the catsuit needn't always be black and made of shiny leather or latex in order to work its magic.

Secondly, there's her not quite so convincing (though massively underrated and sometimes unfairly derided) performance as Cuban refugee and prostitute Dottie Perez, in the 1995 movie The Perez Family (dir. Mira Nair); a romantic comedy-drama based on the 1991 novel of the same title by Christine Bell. 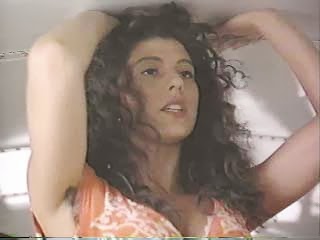 Marisa Tomei as Dottie Perez in The Perez Family (1995)


No reprise of the floral catsuit in this film, unfortunately, but we do get to watch Miss Tomei pulling on a pair of stockings whilst riding a bus (much to the distraction of the lead male character played by Alfred Molina) and, even more provocatively, we get to see her in a bright orange frock sporting luxuriant underarm hair.

Posted by Stephen Alexander at 16:35 No comments: