The Case of Asifa Lahore 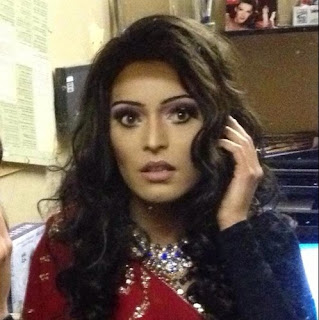 Courage comes in many forms, including that of gay drag queen Asif Quaraishi - more widely known as Asifa Lahore - who has bravely taken on the role of spokesperson for those within the British Asian community who want the right to openly express their queer sexual identities without being ostracized, or living in fear of violent repercussions.

But naivety also comes in many forms and it seems to me that Quaraishi, whilst clearly a sensitive and intelligent individual - not to mention an amusing performer - is being naive in his demand that he not only be accepted as gaysian, but also recognised as a devout Muslim. This is probably not going to happen anytime soon and does rather suggest he wants to have his cake and eat it.

For I think Islam - like Christianity - is very clear on where it stands on the practice of homosexuality: it doesn't much care for it. Based on teachings in the Qur'an, Islamic scholars condemn sodomy as an obscene act (al-fahsha') and as an abnormality (shudhudh) which is contrary to God's will and the natural order, thereby likely to lead to the destruction of humanity.

Unfortunately, not everything is open to personal interpretation and sometimes a choice has to be made between mutually exclusive and irreconcilable oppositions, such as, in this case, the right to individual and sexual freedom, or strict religious observance. You can't be both a defiant homosexual in complete good faith and practice and a subordinate Muslim in complete good faith and practice. To try, is to lead a compromised life full of contradictions. But perhaps we all lack integrity truth be told ...

What really surprises me is why anyone who is so clearly disprivileged and despised within a homophobic religious tradition would want to belong to it in any way shape or form; is it really so much harder (or more dangerous) to come out as a secular atheist than a cross-dressing homosexual? Is apostasy still the most unforgivable sin in the minds of believers?

Those interested in this subject should view Muslim Drag Queens, a First Cut documentary for Channel 4, dir. Marcus Plowright, to be broadcast on 24 August, 2015.

Those who want to see a video of super-glamorous Asifa Lahore in action can click here, or visit her website: asifalahore.com

Posted by Stephen Alexander at 13:17 No comments: