The Naked Truth About Unicorn Girls 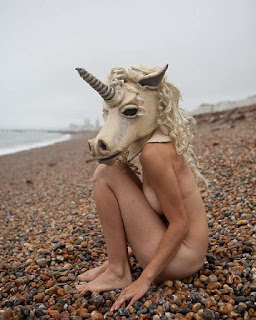 As most readers will be aware, the unicorn is a legendary creature with a single large, spiraling horn said to possess magical and medicinal powers projecting from its forehead. A symbol of purity and grace, the unicorn could be captured only by a virgin. In one of his notebooks, Leonardo informs us that, whenever the fabulous beast encounters a seated maiden, it overcomes all instinctive fear and ferocity and contentedly lays its head upon her lap.


As many readers will not be aware, however, the unicorn girl is a contemporary urban myth. For some, she is quite simply the girl whom you always long to meet but never do; a fantasy figure who forever lies out of reach and out of your league.

The danger for such bi-poly women is, of course, that they become a type of exotic pet or unicorn bae, who is vulnerable to exploitation by a couple who often wield the power and dictate the terms of the relationship very much to their own advantage; insisting, for example, that their unicorn be single and not take on any additional lovers, nor do anything that might threaten to disrupt their primary relationship, such as favouring one partner over the other.


I would encourage any unicorns trapped in such a triangle to liberate themselves immediately and instruct those couples who attempt to control their sexual and emotional freedom to go fuck themselves.

Posted by Stephen Alexander at 10:59 No comments: 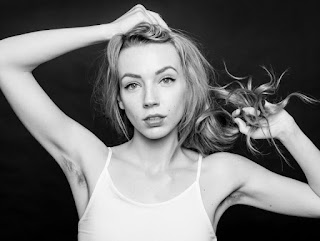 Both sexes have scent glands in their underarm region. But women have a greater number and produce a more enticing aroma - or range of aromas - as far as the heterosexual male nose is concerned.

One such nose belonged to the 19th-century French writer Joris-Karl Huysmans. He noted that brunettes and dark-haired girls have an audacious scent which, unfortunately, can sometimes prove fatiguing. Redheads, on the other hand, have a sharp, fierce smell; whilst in blondes, the armpits can be as heady as a sweet wine.

Huysmans also tells us that - whatever their coloring - les femmes de Paris tend to have something acidic about them; something suggestive of ammonia or chlorine. In contrast, the bodies of honest country women aromatically convey something of wild duck cooked with olives and shallots.

Whether this makes one hungry for love or simply hungry, I suppose depends on one's disposition. But there are certainly individuals who desire not only a hearty home-cooked meal, but to sniff, lick, kiss and ultimately fuck the armpits of their beloved (this latter activity is known as axillism).

Thankfully, European women - in contrast to their Anglo-American sisters - have long understood that body hair and body odor play a powerful role within human sexuality at its filthiest and most inhuman. And they don't mind if you wipe it on the curtains.

And see also the feature by Ellen Scott in the Metro (8 Aug 2017) on Ben Hopper's stunning Natural Beauty project which attempts to normalise the fact of female underarm hair: click here.

Posted by Stephen Alexander at 21:35 No comments: