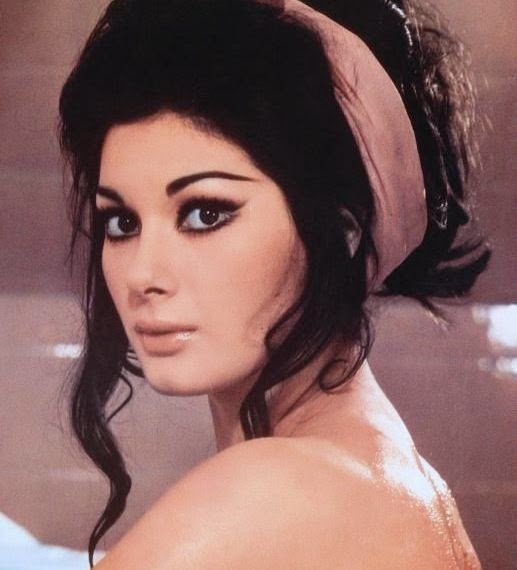 According to her fans - of whom there are many, including Quentin Tarantino - Edwige Fenech is la piu bella donna del mondo and I wouldn't wish to dispute for one moment her obviously strong claim on this title, even if it remains highly contestable.

Born in French Algeria on Christmas Eve, 1948, to a Maltese father and a Sicilian mother, Miss Fenech made her name in the Italian film industry. Although she performed in various movies, she will be forever associated with the spaghetti sex comedies made in the 1970s, such as Ubalda, All Naked and Warm (dir. Mariano Laurenti, 1972) which established the commedia sexy all'italiana as a distinct genre.

Miss Fenech also regularly starred in works of Italian pulp fiction or giallo during this period, including the Edgar Allan Poe inspired Your Vice Is a Locked Room and Only I Have the Key (dir. Sergio Martin, 1972).

Such works combined elements of the crime thriller with the horror film in a distinctly Italian manner, providing plenty of opportunity not only for excessive and often gruesome violence, but also a liberal exposure of female flesh. Typically, the plots would involve a psycho stalking and slaying numerous young women - usually when naked in the bathroom, or scantily clad in the bedroom. If a supernatural element could also be worked into the story then so much the better.

One hopes that Edwige will continue to grace the silver screen for many years to come, as she does our dreams, our memories, and our fantasies.

Posted by Stephen Alexander at 16:52 No comments: