In Memory of Hypatia 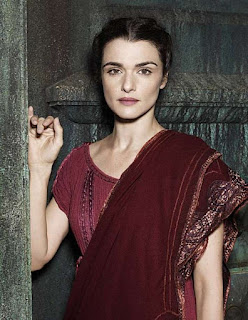 I. Hypatia: The Spirit of Plato and the Body of Aphrodite


Whether we choose to think of her romantically as the last of the Hellenes, or as the first early-medieval woman to be murdered for practising the pagan arts of science, mathematics, and philosophy (things regarded as suspiciously close to heresy and to witchcraft within the Christian imagination), Hypatia was an astonishing figure; virtuous, tolerant, and highly intelligent. Whilst no ancient depictions of her have survived, she was also said by Damascius to be exceedingly beautiful and fair of form.

Born in 4th century Alexandria, Hypatia was a prominent Neoplatonist and renowned teacher, who, in her later life, advised the Roman prefect Orestes, who was then feuding with the anti-Semitic Christian bishop of Alexandria, Cyril.

This would prove to be fatal: for - as we shall discuss in more detail below - Hypatia was accused by Cyril's supporters of deliberately sowing discord and preventing any reconciliation between the latter and Orestes. In March 415, she was murdered by a brotherhood of fanatic monks known as the parabalani, under Cyril's command.

The particularly brutal nature of her death - Hypatia was flayed alive by the monks who scraped the flesh from her bones using razor sharp oyster shells - caused shock waves throughout Byzantium and she was honoured, like Socrates, as a martyr by her fellow philosophers who became increasingly dismayed by the moral fanaticism that characterised early Christianity.

Many centuries later, Hypatia was celebrated as an embodiment of reason and freedom of thought; Voltaire declaring her to be a universal genius. In the 20th century, she was also regarded as a feminist icon; Judy Chicago giving her a prominent place at the triangular table in her famous installation The Dinner Party (1974-79).

And still, today, in the 21st century, Hypatia's life continues to fascinate many scholars, writers, and artists. Most recently, for example, we were treated to the 2009 film, Agora, directed by Alejandro Amenábar and starring Rachel Weisz. Despite its numerous historical inaccuracies, the film should be commended for identifying religious fundamentalism as the great curse or blemish upon mankind, then as now.


III. Hypatia Versus the Crucified

When Cyril succeeded his uncle, Theophilus, as the bishop of Alexandria, it was obvious there was trouble ahead for Hypatia. For whilst Theophilus was strongly opposed to Neoplatonism, he was prepared to tolerate Hypatia, whom he admired. But not so Cyril - a man happy to persecute his enemies and put his prejudices into practice. In 414, for example, he closed all the synagogues in Alexandria and confiscated all property belonging to the Jews before expelling them from the city.

This action appalled Orestes and he sent a scathing report to the emperor. The conflict between these two men quickly escalated and the parabalani made an attempt on the life of the Roman prefect who, as noted, frequently consulted Hypatia for advice - much to Cyril's irritation. Thus, despite her universal popularity, Cyril set out to discredit Hypatia and undermine her reputation; he alleged, for example, that she had engaged in occultism and beguiled people through her Satanic wiles.

Things came to a bloody head when, during the Christian period of Lent, the parabalani attacked Hypatia's carriage as she was travelling home. She was dragged into a nearby church, stripped, tortured, and killed. Not only was she flayed alive, as previously mentioned, but her body was dismembered and the limbs burnt.

So much, then, for the religion of Love ... Hypatia's vain hope that Neoplatonism and Christianity might peacefully coexist and cooperate was now seen as an impossibility by philosophers, who now regarded the followers of Jesus with contempt and proudly emphasised the noble Greek origins of their ideas.

As Nietzsche would say, the battle lines were drawn: Dionysus versus the Crucified ...

Posted by Stephen Alexander at 12:58 No comments: