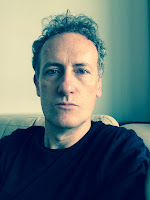 Several years ago, I gave a paper to the Philosophy For All crowd entitled Carry on Nietzsche: How One Becomes as Queer as One Is. Concerned primarily with the question of style and camp aesthetics, the paper was a playful comparative study of the German philosopher and Oscar Wilde and a promotion of what the former called die fröhliche Wissenschaft.

At the end of the presentation, however, an East European woman stood up and accused me with a voice full of rising and righteous emotion of being morally bankrupt and politically suspect; she, she said, had seen for herself where my kind of nihilism leads (for she had visited Auschwitz). With tears in her eyes and a tremor in her voice - and all the while jabbing a finger in my direction - she concluded her case against me with the almost insane accusation that I was worse than Hitler. Not as bad, or in some way similar - but actually worse!

Thinking about this incident now, I see that her attempt to dismiss my work and shut-down discussion of it by playing the Nazi card is a classic example of what Leo Strauss termed reductio ad Hitlerum; an association fallacy which marks her intellectual desperation or lack of legitimate counterargument. She was simply attempting to distract people from what I had said, rather than debate the work.

Further, one might wonder if it is in fact possible to be worse than Hitler - for doesn't Hitler serve as the absolute last word in evil within secular culture, much as the Devil used to serve when we were more religiously minded? Nick Land comments precisely - and brilliantly - on this:

"Hitler perfectly personifies demonic monstrosity, transcending history and politics to attain the stature of a metaphysical absolute: evil incarnate. Beyond Hitler it is impossible to go, or think. ... In this regard rather than Satan, it might be more helpful to compare Hitler to the Antichrist, which is to say: to a mirror Messiah, of reversed moral polarity. ... Hitler is sacramentally abhorred, in a way that touches upon theological 'first things'. If to embrace Hitler as God is a sign of highly lamentable politico-spiritual confusion (at best), to recognize his historical singularity and sacred meaning is near-mandatory, since he is affirmed by all men of sound faith as the exact complement of the incarnate God ... and this identification has the force of 'self-evident truth'. (Did anybody ever need to ask why the reductio ad Hitlerum works?)

Posted by Stephen Alexander at 17:52 No comments: