On Not Frightening the Horses 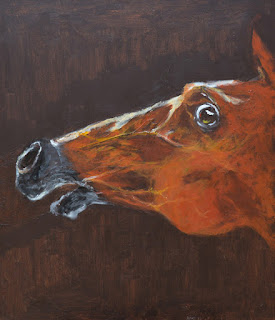 As one grows older, one's appreciation for etiquette and decorum - for acting in public at all times with propriety - grows ever more pronounced. Unseemly behaviour now seems uncalled for as well as uncouth.

Indeed, I find myself moving ever-closer towards the sophisticated position adopted by the aristocracy and memorably articulated by the English stage actress Mrs. Patrick Campbell: It doesn't matter what people do so long as they don't do it in the street and frighten the horses. In other words, public appearance matters more than private behaviour.

This isn't - as some commentators mistakenly insist - a sign of bourgeois hypocrisy. It is, rather, an affirmation of hypocrisy as a noble value and social necessity (albeit rooted in performance and pretence).

The British aristocracy never embraced 19th-century ideals of domestic respectability and sexual morality with the same enthusiasm as the middle-classes, tending to favour libertarian permissiveness over authoritarian puritanism.

Perhaps that's why the British working class have always loved toffs and why the latter often make such fine actors ...

Posted by Stephen Alexander at 16:03 No comments: