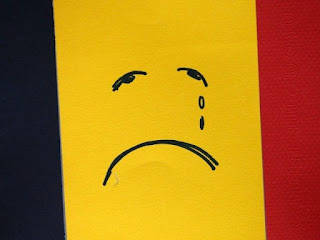 As Raheem Kassam, Editor-in-Chief of Breitbart London, rightly says in the wake of the Islamist attack on Brussels earlier this week, the by now predictable and formulaic public response is not only wholly inadequate, it's also somewhat shameful and humiliating:

Tweeting sympathy with the victims and their families, or displaying solidarity by simply updating your Facebook page, isn't really enough. Kassam is right to argue for a more comprehensive and more mature response in the face of that which threatens not only European security, but Western culture itself.

I only hope that he's wrong to think that this may require the taking of direct action by a citizens militia; that our governments will, belatedly, realise what needs to be done and have the courage to do it; implementing not only a change of policy, but a revaluation of values.


Note: those interested in reading Raheem Kassam's article of 23 March, 2016 in full can do so by clicking here.

Posted by Stephen Alexander at 08:18 No comments: