In Praise of Nivea: The Snow-White Miracle Cream 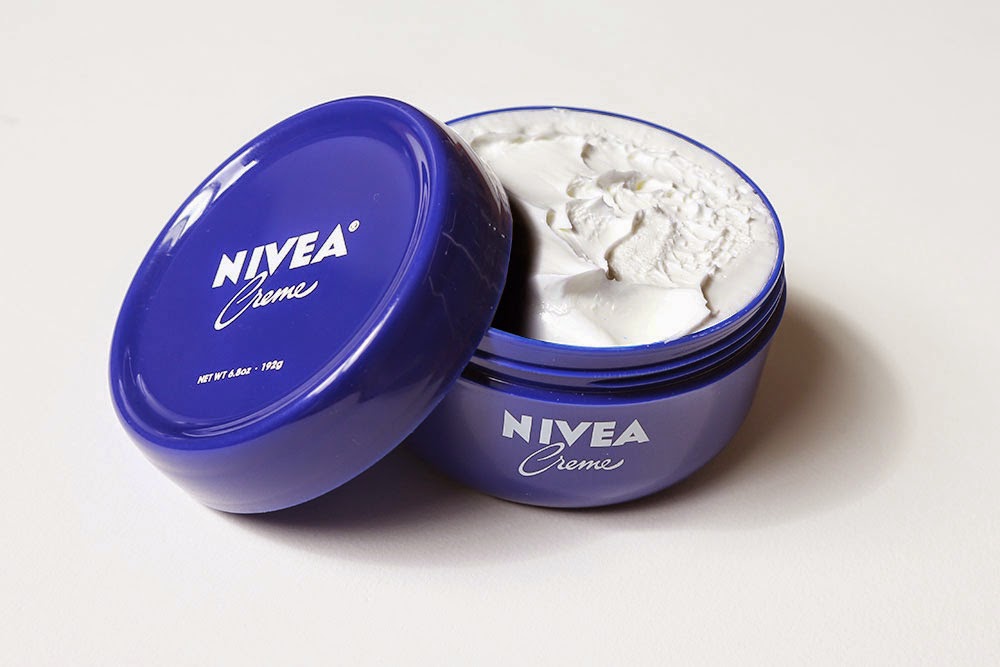 I know that such secrecy worries some people and fuels the widespread suspicion (bordering on paranoia) surrounding both the cosmetics and pharmaceutical industries. I am also aware that those eco-ascetics who favour strictly organic beauty products developed by tribal peoples in the rain forests of Borneo, for example, or simply wish to splash cold water on their faces, insist that many of the above ingredients have damaging environmental and/or health effects.

One such critic, for example, writing in The Ecologist, expressed his dismay with what goes into a jar of Nivea and repeatedly played on the concerns of his readership by stressing the terms irritants and sensitizers (i.e. chemicals that, with repeated exposure, may trigger allergic reactions), and, of course, the C-word: carcinogens (i.e. potentially cancer-causing substances).

Parafinnum liquidum, for instance, is a cheap and easy to manufacture form of mineral oil that acts as a emollient that penetrates the skin and produces a temporary moisturizing effect. But the above critic argued that it destroys the skin's natural oils and thus results ultimately in dryness. Having used the product for many years, I know the former to be true - but I've no idea whether the latter is true, for the writer provides no evidence to back-up his claim. Nor do I know if the synthetic fragrances used in Nivea, such as limonene, linalool, and citonellol can cause eye-irritation, trigger asthma attacks, produce tumours and reproductive abnormalities. They do smell nice, however.

The point is this: we may not need to use skin creams or perfumes or expensive shampoos, but these things make happy and allow us to dream and have more importance in our lives than we might imagine; which is why it is, I think, that my mother - who is 88 and who, thanks to dementia, has lost her appetite for food, her memories of the past, and even her desire to step out of the house - still insists on applying a generous amount of Nivea Creme each evening before bedtime, in order to keep her face and hands soft and young-looking, just as she has always done.

That's the beauty of beauty products and the magic of cosmetics and why, for me, Nivea is a snow-white miracle cream; as much of a gift of the German genius, in its own way, as the poetry of Rilke, the music of Wagner, or the philosophy of Nietzsche.

Posted by Stephen Alexander at 15:06 No comments: