Postmodern Approaches to Literature 2: From Work to Text 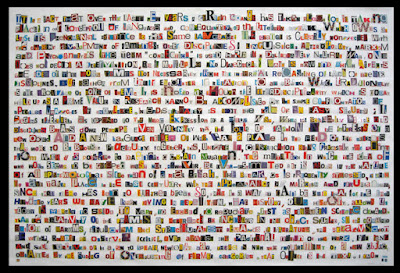 
S/Z is an important publication within Barthes's overall body of work. It marks a transitional stage between his structuralist and poststructuralist phases as Barthes the semiologist gives way to Barthes the hedonist. Indeed, Barthes himself will eventually protest that S/Z should not be thought of as a structural analysis, but as a textual analysis - i.e. one which is founded upon a theory of the Text born out of an encounter between structuralism, Marxism and psychoanalysis.

Initially developed by Julia Kristeva, the theory of the Text was embraced by Barthes who set out his thinking on the notion in a short essay entitled 'From Work to Text' which opens with the following claim: "It is a fact that over the last few years a certain change has taken place (or is taking place) in our conception of language and, consequently, of the literary work ..."

This change is due to the encounter between different disciplines in relation to an object - language - which is suddenly seen as crucial to their practice; including disciplines, such as politics, which, as Barthes points out, have not traditionally had any special interest in language: interdisciplinarity is born here. But, importantly, it is not accomplished "by the simple confrontation of specialist branches of knowledge". On the contrary, it requires the effective breaking down of traditional boundaries between genres if it is to be more than the "mere expression of a pious wish" for polite cooperation and intellectual unity.

As former divisions begin to dissolve and disciplines promiscuously consort, the classical idea of what constitutes a work begins to mutate and we are faced with a new object "obtained by the sliding or overturning of former categories" - the Text. This term, the sudden and widespread fashionability of which even Barthes seems a little embarrassed by, stands at the intersection of several key propositions concerning "method, genres, signs, plurality, filiation, reading and pleasure".

1. "The Text is not to be thought of as an object ... It would be futile to try to separate out materially works from texts".

Essentially, the Text is a methodological field and/or a signifying practice; it can be demonstrated, but it can’t be displayed. Thus whilst the work can be held in the hand, the text is only ever held in language and exists in the movement of discourse that cuts across the work (or, indeed, across several works at once). In other words, "the Text is experienced only in an activity of production".

2. “In the same way, the Text does not stop at (good) Literature; it cannot be contained in a hierarchy, even in a simple division of genres. What constitutes the Text is, on the contrary (or precisely), its subversive force in respect of the old classifications.”

The Text is always that which takes writing to the limits (of rationality, readability, etc.). For Barthes, this makes it paradoxical in the literal sense that it is contrary to common sense and received opinion (doxa).

3. "The work closes on a signified. ... The Text, on the contrary, practices the infinite deferment of the signified ... its field is that of the signifier and the signifier must not be conceived of as 'the first stage of meaning’ ... but, in complete opposition to this, as its deferred action."

The signifier invites us to participate in a game that never ends; the symbolic game of language.

4. "The Text is plural. Which is not simply to say that it has several meanings, but that it accomplishes the very plural of meaning: an irreducible (and not merely an acceptable) plural. The Text is not a co-existence of meanings ... it answers not to an interpretation, even a liberal one, but to an explosion, a dissemination. The plural of the Text depends, that is, not on the ambiguity of its contents but on what might be called the stereographic plurality of its weave of signifiers (etymologically, the text is a tissue, a woven fabric)."

This is why it can be undone, or why we can find ‘holes’ (aporia) in the fabric of the Text (in its internal structures, narratives, arguments, theories etc.) no matter how carefully and cleverly (no matter how tightly) it has been woven together. It is in its plurality that the Text offends and disturbs all those monomaniacs who look for One Truth, One Way, One God. For such people the Text is a form of Evil which declares its name to be Legion (Mark 5: 9) and the only good book is a work in which there is a single point of origin and authority: the Author. They have no time for the pagan or demonic plurality of the Text. But for those readers who read in a writerly fashion and who find their pleasure in the Text, the words of Nietzsche come back to them: Love of One is a form of barbarism and man needs what is most evil in him for what is best in him.

5. "The work is caught up in a process of filiation."

Simply, Barthes means here that the work - unlike the Text - looks for its parental origin and owner: its Author. It likes to discover its roots and its genealogical determination. The Text, on the other hand, is an orphan and happily deracinated. Barthes writes:

This idea of the text as a network of alliances and connections rather than as a single living organism is interesting and deserves further commentary ...

Anticipating Deleuze and Guattari’s rhizomatics, Barthes is suggesting that the Text-as-network can assume a wide - perhaps infinite - number of forms due to the fact that it can join together any one point with any other and has neither beginning nor end, but only a middle from which it expands and overspills. In contrast to an organism that has a nervous system and a brain acting as an hierarchical centre of communication and coordination, the Text-as-network is an acentred, anarchic, and non-coordinating system that dissolves and refuses any "tripartite division between a field of reality (the world), a field of representation (the book) and a field of subjectivity (the author)" [ATP].

This idea of Text-as-network has, perhaps not surprisingly, been as influential outside of literary studies as it has within it - particularly within the world of information technology and computer studies. The term hypertext, coined by Theodore Nelson in 1965 to refer to a radical new way of organizing information (i.e. non-sequentially), may not be Barthes’s, but as Mireille Ribière points out:

"Some hypertext specialists consider that Barthes’s definition of the 'writerly' text in S/Z ... precisely matched that of computer hypertext. They, therefore, see hypertext as the electronic embodiment of Barthes’s 'ideal' text and they see Barthes’s writings as offering a framework in which to discuss hypertext."

6. "The work is normally the object of consumption ... The Text (if only by its frequent 'unreadability') decants the work ... from its consumption and gathers it up as play, activity, production, practice. This means that the Text requires that one try to abolish ... the distance between writing and reading ..."

We noted earlier Barthes’s notion of reading in a writerly manner and this is simply a furthering of this idea, now coupled closely to the notion of play; a word which can be understood to refer to the Text itself which is ready to play like a machine with a play button and to the reader who can play the Text in the same fashion they might play a game or a musical instrument. The Text therefore requires a reader who will agree to an active collaboration and not be content simply to gobble down works of literature much as they do fast-food and other goods within so-called consumer culture. Barthes concludes:

"The reduction of reading to consumption is clearly responsible for the 'boredom' experienced by many in the face of the modern ('unreadable') text, the avant-garde film or painting: to be bored means that one cannot produce the text, open it out, set it going."

Finally, then, we come to the theme of pleasure, which I'll discuss in Part III of this post. It's clearly an important notion throughout Barthes’s writing, even if it is only in his later works where he developed it explicitly and at length as part of a new hedonistic aesthetics.

Roland Barthes, 'From Work to Text', in Image Music Text, trans. Stephen Heath, (Fontana Press, 1977). All lines and passages quoted from Barthes are taken from this essay.

Posted by Stephen Alexander at 08:01 No comments: