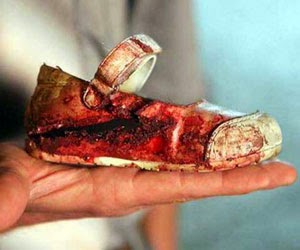 There really isn't much to say about the atrocity carried out at a school in Peshawar by the Taliban earlier this week and certainly no need to ghoulishly go into detail here.

But it should be stressed that this was not the act of monsters or madmen. On the contrary, this was an act that was all too human; one that was planned, executed, and justified with reason and moral conviction; an act of faith on behalf of devout believers in a creed and an ideology, proving yet again the wisdom of the Roman poet and philosopher, Lucretius, who wrote:

There are several translations possible of this line, but the key idea is this: Man is driven to the practice of evil by religion. In other words, as John Stuart Mill recognised, belief in God is not only a dangerous mental delusion, it's profoundly unethical.

Those who wish to honour the memory of the murdered children and their teachers might do well to consider this rather than calling upon Allah (and the army) to avenge their deaths.

Posted by Stephen Alexander at 11:02 No comments: