On the Whistling of Birds at Midnight 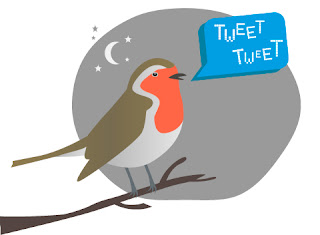 
It's 'round midnight: but I can't sleep.


The robin who seems to live in my mother's back garden is singing still and, of all the sounds in the world, I love best the whistling of birds; more than whale song and more than even the most accomplished human voice.

Thus, when there's a robin still filling the air with his silvery sound of defiance and affirmation, I'll always lend an ear to listen, whatever the hour. As Lawrence says, the song just bubbles through them, as if they were little fountain-heads of vitality and new creation.

But the question arises as to why the city-living robins have taken to nighttime singing; they are not naturally nocturnal birds, like nightingales, even if they like to sing well into the evening as the sun sets.

The experts seem undecided. They used to think it was due to the increase in noise during the day - that the birds literally couldn't hear themselves think (or in this case sing) above the roar of traffic. But now the consensus seems to be that the real problem is light pollution; that it's no longer dark enough for our feathered friends to know when night has fallen and it's time to shut the fuck up and go to sleep.

Either way, it can't be much fun being an urban robin; trapped in a perpetual electric twilight and forced to endure a constant hubbub during the day. Their numbers, unlike other species of once common garden birds, may not (so far) be declining, but they must be constantly exhausted, poor things.

How long will it be, I wonder, before something of this fatigue creeps into their song?

Posted by Stephen Alexander at 00:02 No comments: