Why I Love Carry On Cruising 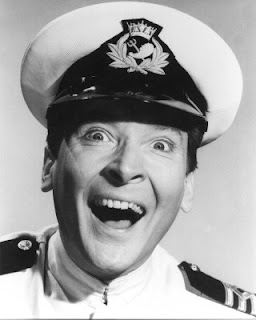 There are many reasons to love Carry On Cruising (dir. Gerald Thomas, 1962), the sixth film in the series and first to be filmed in colour.

Firstly, it retains all the innocence and queer charm of the earlier black and white films and is essentially a finely balanced romantic comedy without too much sentiment or too much vulgarity; it's tender without being soft-centred, saucy without being smutty.

Secondly, regular cast members - Sid James, Kenneth Williams and Kenneth Connor - all deliver excellent (nicely restrained) performances; and, just as crucially, stand-in cast members Lance Percival and the lovely Dilys Laye also do fine jobs. The former, playing the ship's cook, occupies the part originally meant for Charles Hawtrey, dropped from the cast for demanding he be given top billing and a gold star on his dressing room door. The latter, playing a young woman looking for love whilst cruising the Mediterranean, replaced Joan Sims at short notice after she was unexpectedly taken ill just days before the commencement of filming.

Someone else who always makes happy (though for very different reasons) is the diminutive, Australian-born character actress and funny-woman, Esma Cannon, here making her third of four appearances in the Carry On series. British cinema would not be British cinema without her and Miss Madderley is a very welcome passenger on board the Happy Wanderer. Her table tennis scene with Kenneth Williams is particularly pleasing.

Finally, Cruising also contains a somewhat curious scene in which James and Williams discuss different schools of psychoanalysis. James, as Captain Crowther, declares himself to have always been a Freudian and too old to change; Williams, as First Officer Marjoribanks, quips in response that that's nothing to worry about or apologise for - just so long as one remains Jung at heart.

It's not the greatest joke ever written. But it's inclusion in a film of this nature is surprising and a welcome relief from the more predictable double entendres, sight gags, and elements of slapstick.

Posted by Stephen Alexander at 16:41 No comments: