Why the Case is Never Closed 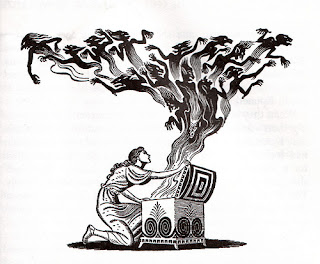 Whilst it's true that an investigation can in some sense be resolved, a case - like Pandora's box - can never really be closed.

To understand why that's so, one needs to recall the etymology of the word case. It derives from the Latin casus, but that's a translation of the Greek term ptōsis, meaning fall.

Thus, case, in a sense, is another word for fate; that which befalls the individual; an innumerable series of events, some big some small, all of which are determined by other events (and not by any external agency).

Of course, the word has taken on extended and transferred meanings over the years, but when I use it in the title of posts - as I often do - I'm not simply using it in a legal, medical, or psychoanalytic sense, but as something impersonal and fateful; something over which the individual has no control (the individual, of course, being an unfolding of events in the same way that the author is a complex effect and function of the text).

Posted by Stephen Alexander at 08:27 No comments:

On Stamina (as Ontological Destiny) 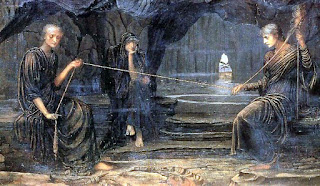 An aged philosopher, said a young Nick Land, is either a monster of stamina or a charlatan. We can probably say the same of artists, rock stars, and maybe even monarchs.

For whilst I don't want to revive and reinforce the romantic ideal of living fast and dying young - as if a premature death confirms authenticity and proves the truth of one's message - there are perhaps certain individuals who are under a greater obligation to die at the right time than other (superfluous) men and women; i.e., not too late, but not too early either.

However, it's not this Nietzschean idea I wish to discuss; nor do I wish to comment here on what makes monstrous, or write in defence of charlatanism. I want, rather, to say something on the concept of stamina ...

It's unfortunate - and a little disappointing - that Land seems to rely upon the common understanding of the term stamina; i.e., synonymous merely with staying power, or the ability to maintain an activity or commitment regardless of circumstances (including fatigue and old age). That's the kind of error that the sort of people who think that a rock has the capacity to endure might make ...


For stamina means more than merely having the energy and strength to keep going; it refers us rather to the essential elements of a thing; the vital structures or qualities of being. As the plural form of stamen, we might even define it as the thread (or filament) from which the individual (and their fate) is woven.

Thus, philosophically speaking, all mortals have stamina (i.e., an ontological destiny) - even charlatans, those who burn out early, or those who regard death as a festival and voluntarily choose to squander their souls ...

Posted by Stephen Alexander at 17:47 No comments: