Anger is an Energy: On the Politics of Thymos 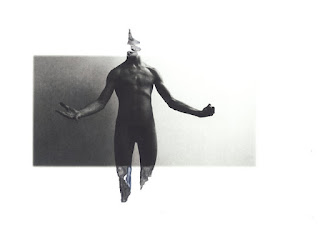 Most people are familiar with the ancient Greek terms for love (eros) and for reason (logos).

But many are unfamiliar with another crucial component of the psyche that the Greeks termed thymos and by which they referred to the desire of the male subject not merely to be found sexually attractive and in full possession of his senses, but acknowledged as one who is worthy of respect.

It is this need to be shown due regard that often leads to anger and violent confrontation within patriarchal and phallocratic society. For example, one might recall the powerful scene from A Few Good Men (dir. Rob Reiner, 1992), in which Jack Nicholson as Col. Jessep addresses Tom Cruise as US Navy lawyer Lt. Daniel Kaffee:

"You see, Danny, I can deal with the bullets and the bombs and the blood. I don't want money and I don't want medals. What I do want is for you to stand there in that faggoty white uniform and with your Harvard mouth extend me some fucking courtesy!"

Staying in the cinematic universe if I may, I would suggest that it's this same (irrational) aspect of the male soul we are obliged to consider in Joel Schumacher's 1993 thriller Falling Down, starring Michael Douglas as alt-right poster boy William Foster (D-FENS).

Deleuzeans might dream of becoming-imperceptible. But they are a very rare and very unusual type. Most people - particularly most men - want to be seen and want to be listened to; want the world to recognise that they too have rights, including the right to freely express their views and affirm their values, whether these coincide with the views and values of a gender-neutral liberal elite or not.

Idealists who subscribe to a philosophical fantasy of universal love and reason, will never really grasp what motivates men like Jessep and Bill Foster. If this makes them poor film critics on the one hand, so too does it make them poor political commentators on the other; people, we might say, who can't handle the truth.

And so, whilst they might write for The Guardian or appear on Dateline London, not one of them seems able or willing to conceive of why it is that reactionary and/or fascist ideas to do with cultural identity and national greatness that tap into white male rage not only persist, but have renewed appeal amongst sections of even the most prosperous and peaceful democratic societies.


To watch the scene referred to above between Nicholson and Cruise in A Few Good Men, click here.

To watch the official trailer to Falling Down, click here.

Posted by Stephen Alexander at 08:19 No comments: