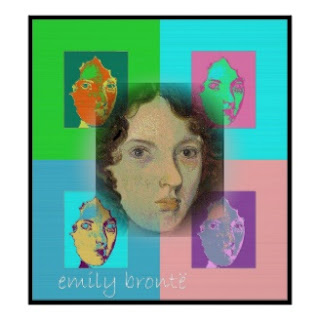 "We're a long way from Wuthering Heights," as Michel Houellebecq rightly points out. Nevertheless, it remains one of the few truly great works of fiction and continues to implicate its readers in what Bataille calls the crime of literature and by which he refers to the fact that writing has a complicity with evil. For what literature reveals is the possibility of a form of sovereignty that does not negate or exclude morality, but which demands a hyper-morality existing beyond biblical injunction.

What Charlotte regrets as the immature and immoderate faults in her sister Emily's novel are in fact what lend it such savage beauty and potency. And what is so admirable about the younger sister is that she has the courage to allow the demon to speak directly in her poetry and prose; Charlotte prefers to gently but firmly place her hand over the demon's mouth so that she may at all times speak for him.

Thus Charlotte, when editing the 1850 edition of Wuthering Heights, not only changes the paragraphing and punctuation in an attempt to regularize Emily's idiosyncratic style, she also seeks to impose an element of contrived and conventional humanity into the work at the expense of that which is uniquely and diabolically inspired.

Thankfully, the perversity, the cruelty, the madness, and the morbidity that characterize the novel continue to shine through and Wuthering Heights remains one of those books that readers weary of the narrow limitations imposed by moral or literary convention (not to mention interfering siblings) will continue to find of much value. Emily's understanding of love - based not on worldly personal experience, but impersonal inner intensity - not only linked sex to death, but suggested that each of these contained the essential truth of the other. Her novel thus illustrates the basic premise underlying authors such as Sade and Bataille: eroticism is the affirmation of life all the way to its fatal conclusion.

It is this disconcerting truth that lies at the heart of Wuthering Heights and which gives it an affinity with the great works of Greek tragedy; all of which ultimately concern the violation of the Law (be it divine, human, or natural in origin). Emily dreams of a sacred and transgressive form of violence via which lovers might regain paradise (or childhood innocence). If this was promised by Romantic literature in general, it is Wuthering Heights which most powerfully shows us the full horror of atonement and the tragic character of life (it bleeds, it suffers, it dies, it returns). This may not make it a holy book in a religious sense, but it certainly makes it a great work of art.

Posted by Stephen Alexander at 12:19 No comments: