D. H. Lawrence and the Prickly Politics of Vitalism 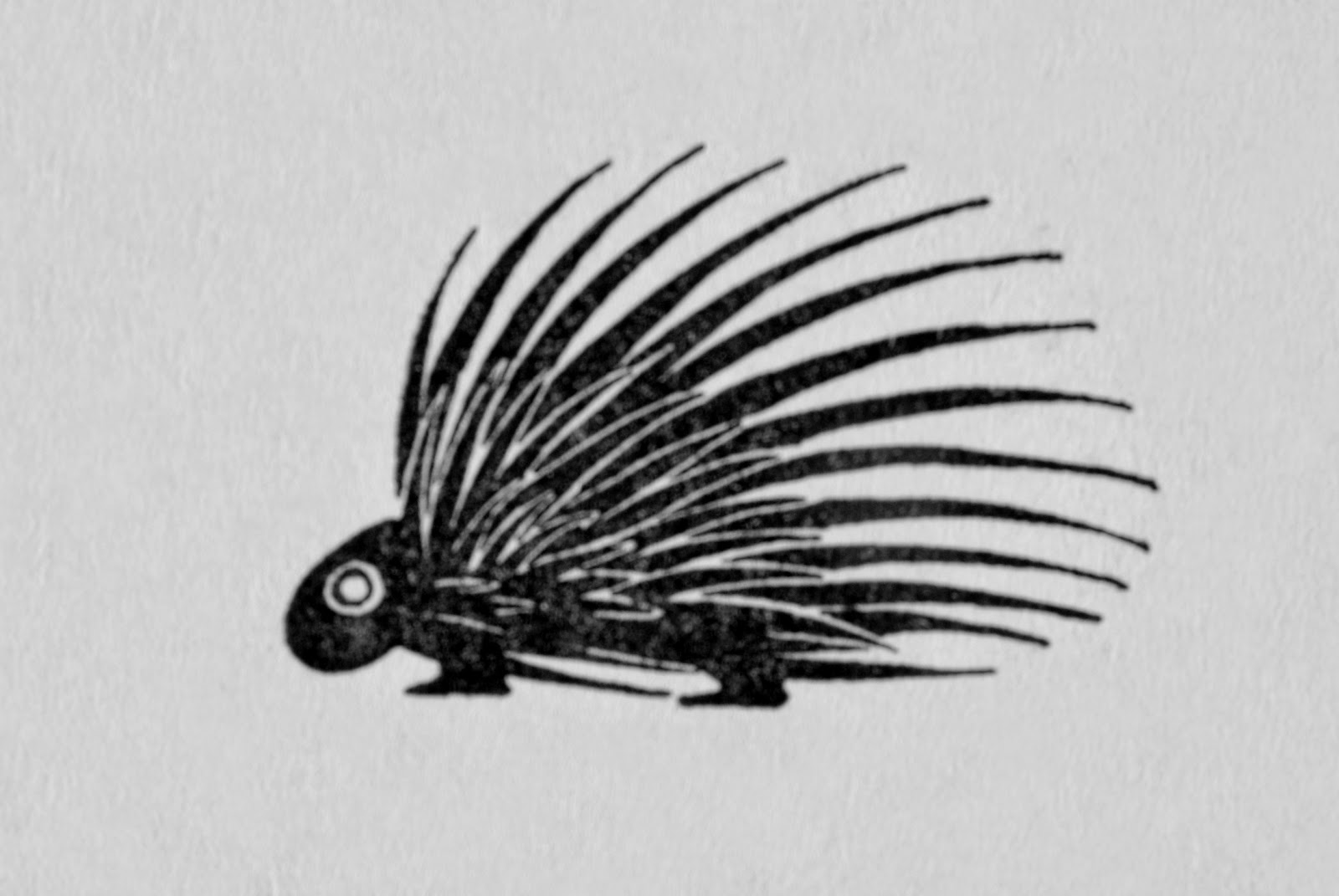 Woodcut design by Wharton Esherick for D. H. Lawrence's
Reflections on the Death of a Porcupine (1925)


In a notorious but often celebrated essay, 'Reflections on the Death of a Porcupine' (1925), Lawrence provides us with some very beautiful descriptive passages of an actual event involving a dog and the shooting of a porcupine. Unfortunately, these are followed by some very ugly didactic passages that are not merely moralizing metaphysical nonsense, but tied to a pernicious political vitalism that asserts an anthropocentric, aristocratic, and racist hierarchy of life.

One might say in philosophical agreement with Nietzsche that it's really just a form of prejudice; an extremely rare and unusual way of being dead that is grossly overvalued by the living.

Lawrence, however, offers a very different definition: life is that which "moves in circles of power and of vividness, and each circle of life only maintains its orbit upon the subjection of some lower circle." And this vital truth, as Lawrence imagines it, is not something to lament, nor seek to challenge or reform. On the contrary, the only thing to do "is to realise what is is higher, and what is lower, in the cycles of existence"  and accept this as a law of creation.

That said, it might still reasonably be asked what is meant by higher and how might we correctly assign each life-form its proper place within a natural order of rank? Again, Lawrence is extremely forthright in his answer (despite the fact that his logic is tautologous): by higher he means more vividly alive. And each life-form earns its own place within a natural order of rank by out competing and, indeed, often devouring, the lesser lives below it. He writes:

"In the cycles of existence, this is the test. From the lowest form of existence to the highest, the test question is: Can thy neighbour finally overcome thee? If he can, then he belongs to a higher cycle of existence. This is the truth behind the survival of the fittest."

Lawrence then conveniently lists some examples of higher and lower forms drawn from his own hierarchy of vividness in terms of species and race:

Obviously, the final assertion is for most readers today the most controversial and offensive; but Lawrence insists that the subjugation and exploitation of one race by another (his own) is another inescapable law of nature and existence. Or, if you prefer, an inexorable law of life based upon a fourth dimensional form of ontological energy which he terms vitality (the determining factor in the struggle for existence).

What, really, are we to make of all this?

I think it shows how a philosophy of vitalism can very easily lend itself to a highly undesirable form of politics. Of course, this needn't always be the case - one thinks of Hans Driesch's principled resistance to the Nazi attempt to co-opt his idea of entelechy - but, unfortunately, it very often seems to be the case that vitalism + pessimism + romanticism = fascism.

The political theorist Jane Bennett, who has developed her own model of vital materialism, addresses this problematic issue with a reassuring degree of sensitive intelligence and insight. She writes:

"I do not think that there is any direct relationship between, on the one hand, a set of ontological assumptions about life ... and, on the other, a politics; no particular ethics or politics follow inevitably from a metaphysics. But the hierarchical logic of God-Man-Nature implied in a vitalism of soul easily transitions into a political image of a hierarchy of social classes or even civilizations."

Thus, if like Lawrence you believe that life is radically different from (and irreducible to) matter; that human life is qualitatively different than all other forms of life; that this human uniqueness indicates a divine origin or special relationship with the gods; and there's a natural order of existence with yourself at the top, then you will probably also be tempted to flirt with the kind of politics that wages war in the name of the highest idealism in order to fulfil some form of national, cultural, or racial destiny.

Posted by Stephen Alexander at 20:17 No comments: