Nick Land and the Dark Enlightenment 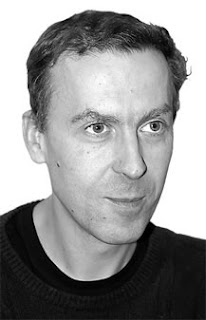 
I knew Nick Land, briefly and not very well, in the mid-1990s, whilst I was in the Philosophy Department at Warwick as a Ph. D. student. In fact, Land was assigned to monitor my progress and act as someone to whom I could turn for guidance other than my official supervisor, Keith Ansell-Pearson.

Unlike many others, however, I failed to fall under his evil spell. In fact, if I'm honest, I found him somewhat unsympathisch and don't recall anything he ever told me that particularly amused or struck a chord, apart from the fact that it was, in his view, preferable to sell burgers from the back of a van than to build a conventional academic career.

Having said that, and to be fair to Land, his Thirst for Annihilation (1992) is a book to which I often return and that's not something you can say of many other (if any) theoretical studies of Bataille and for a long time I characterized my own work as a form of libidinal materialism.

But it's not this text from long ago that I wish to comment on here; rather, I'm interested in his more recent (neoreactionary) writings and his provocative notion of a Dark Enlightenment which seems to involve people waking up to the fact that democracy is incompatible with liberty, equality is a theological conceit, human biodiversity something to be affirmed and capitalism something to be accelerated.

Now, to me, this sounds simply like a form of post-Nietzschean anti-modernism; for others, including Jamie Bartlett, it's a sophisticated neo-fascism spread online by over-educated, often angry white men worried about a coming zombie apocalypse and looking for an emergency exit.

Bartlett describes Land as an eccentric philosopher, which, obviously, he is; but then all genuine thinkers are eccentric, are they not? To be a conventional individual who upholds orthodox opinion and subscribes to moral common sense is to be a bien pensant, but never a truly perverse lover of wisdom.

Bartlett also complains that Land's thinking is difficult to pin down. But again, I might suggest that it's not usually a sign of lively philosophical intelligence when one's ideas have all the vitality of dead butterflies.

As to the charge that Land is a racist (the worst form of heresy to those who subscribe to and enforce a universal humanism), well, if he is, it's certainly not in the ordinary or banal sense. Indeed, Land is at pains to demonstrate how the latter rests on a grotesquely poor understanding of reality and utter incomprehension of the future that is unfolding (a future in which genomic manipulation will dissolve biological identity in an as yet inconceivably radical manner making the concern over miscegenation and skin-colour seem laughably old-fashioned).

So, without wishing to defend Land from his critics - something he is perfectly capable of doing for himself - I would nevertheless like to encourage readers of Torpedo the Ark to invest the time and accept the challenge of reading Land's work on Dark Enlightenment by clicking here.


Note: Jamie Bartlett is a journalist and the Director of the Centre for the Analysis of Social Media at the think tank Demos (i.e. part of the Cathedral). He regularly writes about online extremism and the perils of the dark web. His blog post for the Telegraph on Nick Land, Mencius Moldbug, and the Dark Enlightenment can be read by clicking here.