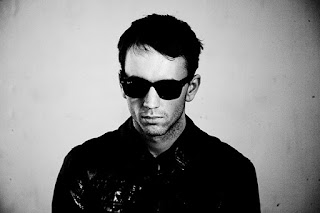 
According to Andrea Blanch, keen to address criticism of her friend's work from the get-go, the provocateur often receives a bum rap. That is to say, they're often subject to false accusations or unfair judgements; dismissed as a fraud who "peddles in shock or wears the shallow guise of edginess".

But the true provocateur - such as Hollywood's favourite photographer, Tyler Shields - knows how to turn incitement into a fearless form of art that awakens lesser mortals from their mundane slumber and the "consumptive malaise of soul-grinding routine". Provocation, in its highest form, is thus not merely a means of challenging somebody to react; it's also a way of filling them with "passionate exuberance". Provocation is a vitalism; it brings people to life and not simply to the boil.

And so, whilst some of the images produced by Tyler Shields deliberately aim to shock and unsettle, what raises his oeuvre above that of his lesser-skilled contemporaries, is that they also "arrest us with the magnitude of their depth and complexity".

I have to say, with respect to Ms. Blanch, whose own work with a camera far exceeds anything produced by Tyler Shields in my view, this really is so much guff. Unfortunately, Shields - who has what might be termed a healthy ego - buys into this fearless genius nonsense and seems happy to blow his own trumpet when he can't find someone to do it for him. For this is a man who unabashedly places his work not in the world of fashion and celebrity culture, but the tradition of Baroque art - less Terry Richardson and more to do with the transcendental clarity of Caravaggio.

And this is a man who aggressively asserts his ownership of images, threatening prosecution and multi-million dollar fines to anyone who infringes his copyright, despite the fact that, as one commentator has noted, a brief glance at his portfolio "by anyone with even a cursory knowledge of the history of photography would reveal that a high number of his images look an awful lot like those of other photographers".

Now, as a rule, I'm not greatly concerned with notions of originality; all great artists steal, as Picasso said. However, this doesn't mean that all great thieves are artists and what does irritate is to see a powerful image rendered banal. An act of homage or even a playful pastiche should not result simply in an inferior copy or perpetuate a lazy form of nostalgia.

Unfortunately, as art critic Paddy Johnson writes with reference to Tyler's version of the famous Sally Mann photo of a young girl smoking (Candy Cigarette, 1989), Shields often "takes what began as an incredibly haunting photograph and turns it into an art postcard". His re-imaginings disappoint not because they rip-off, but because they devalue and diminish.

Thanks to Simon Solomon for bringing the work of Tyler Shields to my attention and kindly gifting me a copy of Provocateur.

Posted by Stephen Alexander at 11:22 No comments: 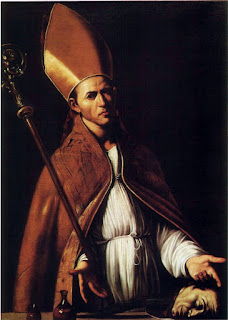 Portrait of St. Januarius, by Caravaggio (1607)

Granting himself the right to do so in accordance with popular custom, Nietzsche famously opens Book IV of The Gay Science, written in January 1882, with a new year's resolution:

"I want to learn more and more to see as beautiful what is necessary in things; then I shall be one of those who makes things beautiful. Amor fati: let that be my love henceforth! I do not want to wage war against what is ugly. I do not want to accuse; I do not even want to accuse those who accuse. Looking away shall be my only negation ... I wish to be only a Yes-sayer." [276]

This section, one that I often return to, might be regarded as an essential thought for me; fundamental to the philosophy of Torpedo the Ark which is all about having done with judgement and the assigning of blame, or subscribing to what Nietzsche elsewhere terms a hangman's metaphysic.

But, although a short and seemingly straightforward passage, one has to be careful not to misunderstand what Nietzsche is saying here:

Firstly, he is absolutely not saying that life is beautiful and attempting to fob us off with a feel good philosophy built upon false idealism. For Nietzsche, life is monstrous and inhuman and what is necessary in things (that is to say, fateful), is what most people would describe as morally repugnant or evil.

Secondly - and even more crucially - Nietzsche not only wants to see what is necessary in things as beautiful (even when, in fact, it's often repulsive or malevolent in nature), he wishes to affirm this aspect as belonging to what he terms an economy of the whole in which all things are entwined.

Thirdly, to love fate is not merely to resign oneself to the facts; but, rather, to interpret the latter and struggle to find new perspectives and create new ways of living.

Saying Yes, in a Nietzschean manner, doesn't therefore mean one must become a nodding donkey; one's No is contained in this affirmation and one learns how to actively negate the negative simply by turning one's face with aristocratic disdain upon those things (including those people and those gods) who demand worship, obedience, and submission.

Happy New Year to all readers.

Posted by Stephen Alexander at 09:12 No comments:

On the Crucifixion of Sebastian Horsley 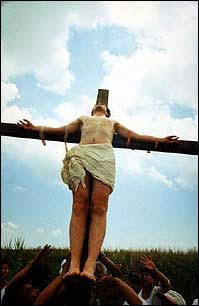 Naturally, at Easter, one's thoughts turn to the Cross and the crucifixion of Sebastian Horsley, the Soho Kristos ...

In 2000, Horsley flew to the Philippines, accompanied by fellow-artist Sarah Lucas and the photographer Dennis Morris. Having decided that he wished to paint scenes of the Crucifixion, but only ever really able to paint what he himself had experienced directly, Horsley was heading for the small village of San Pedro Cutud, outside of San Fernando, in the province of Pampagna.

The hope was to heighten his artistic sensibilities via extreme suffering. In the event, however, he passed out from the intense and overwhelming degree of pain. Worse, the small platform supporting his feet broke, as did the straps around his wrists and arms supporting some of his weight, and Horsley, dramatically - if also somewhat embarrassingly - fell from the cross! (The malicious act of a God in whom he didn't believe but was happy nevertheless to mock, as Horsley reasoned afterwards.)

Some of the villagers ran away screaming; Sarah Lucas fainted; and Dennis Morris continued to snap pictures as anxious officials attempted to resurrect the artist, lying pale and unconscious, but strangely serene, as if a figure in a painting by Caravaggio. Afterwards, Horsley by his own admission felt humiliated and full of a sense of failure. Soon, however, this was replaced with a sense of quiet pride.

An exhibition of new works based on the event opened in the summer of 2002 and film footage shot by Sarah Lucas, entitled Crucifixion, was screened at the ICA in June of that year. The British press, unsurprisingly, were less than impressed:  'Art Freak Crucifies Himself', screamed the front page of the News of the World. Perhaps more surprisingly - and certainly more disappointingly - the art world was also distinctly cool (and sometimes sneering) in its reception.

Horsley, as ever, puts a brave face on this in his disarming and often highly amusing memoir, Dandy in the Underworld (2007):  "Jesus was crucified to save humanity. I had been crucified to save my career. Neither of us had much success."


Note: For those interested, Crucifixion can be viewed (in two parts) on YouTube by clicking here and here.

Posted by Stephen Alexander at 16:29 No comments: