Another Brief Note on the Case of Milo Yiannopoulos 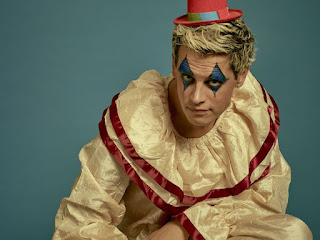 
Among several interesting announcements by a conservatively dressed and contrite sounding Milo Yiannopoulos at his recent New York press conference (called in response to the media hoo-ha over his apparent endorsement of paedophilia), was the fact that he intends henceforth to primarily entertain and educate his audience, rather than outrage his opponents first and foremost.

In other words, Mr Yiannopoulos is attempting to reinvent himself as a kind of pedagogic clown, on a mission, like the great English essayist and playwright Ben Jonson, to mix profit with pleasure, rather than simply act as an alt-right provocateur and internet super-villain.

I wish him luck: the trouble is, however, that in order to succeed he must quickly find a way to make people laugh and demonstrate he has something insightful to say about the world and I'm not convinced he's funny or thoughtful enough to do so. Bill Maher's fawning description of him as a "young, gay, alive Christopher Hitchens" is clearly overly generous. As Peter Bradshaw writes, in comparison to the latter, Milo is dull, suburban and straight. He's certainly no Hitch.

Further, one suspects that his demons will sooner or later lead him back towards what he's perversely good at: pissing people off and arousing hatred. Ultimately, Milo Yiannopoulos is what he is: X (readers are invited to fill in the space by providing their own thoughts and projecting their own fantasies).

He's probably not someone who genuinely wishes to enrich people's lives by informing, educating and entertaining; we have Brian Cox for that. And although he often refers to free speech, he doesn't seem to care about opening up debate or advancing any cause.

For ultimately, he's into chaos - and the cash that comes from chaos; a kind of sex pistol, if you like, spreading a stylish and subversive form of shallow, nacissistic nihilism. And I suppose that's why I can't help having a degree of affection for him - that and the fact he's just so good-looking.

Posted by Stephen Alexander at 09:53 No comments: