Cut the Crap: In Praise of Occam's Razor 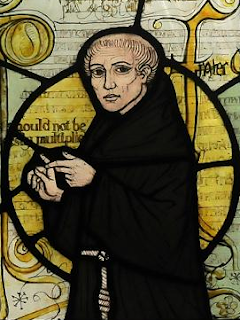 Occam's razor is a convenient problem-solving principle attributed to a 14th-century English monk, scholastic philosopher and theologian, William of Ockham (c. 1287-1347), which states that among competing theories, the simplest (i.e., the one with fewest underlying assumptions) is, more often that not, likely to be correct and that complexity should not be valued for its own sake or unnecessarily fetishised.

Obviously, all events are open to interpretation and for any accepted explanation of a phenomenon, there will be a large number of alternative (often ad hoc) hypotheses. Thus we need something that helps us cut the crap and cut to the chase and Occam's razor does the job - although it should be noted that it functions more as a heuristic guide, rather than an irrefutable method for determining what's right.

It does, however, encourage and enable us to choose between competing truth-claims by opening them up to falsification and for that I'm grateful; just as I'm also grateful that it serves as a weapon in the fight against occultists, conspiracy theorists, and crackpots of every description for whom nothing is ever easy or as it appears and there's always a darker, deeper, more diabolical level of meaning to be uncovered.

When hearing the sound of hooves on cobblestone outside your window, it's reasonable to assume it's someone on horseback and not that there's a unicorn passing by, or that a member of a sinister cult or secret government agency must have released a zebra from the local zoo in order to spread panic and confusion amongst members of the general public.

The law of parsimony helps us understand and appreciate this by taming the wildness of our imagination and curbing our enthusiasm for the elaborate and fanciful. As Bertrand Russell put it in his own reworking of Occam's razor: "Whenever possible, substitute constructions out of known entities for inferences to unknown entities."


Having said that, I realise that Occam's razor is itself a metaphysical assumption; that there's little empirical evidence that the world is actually straightforward and transparent, or that simple accounts are more inherently true than weirdly complex ones.

I also concede that Occam's razor is an inherently conservative device that tends to reinforce the general consensus of opinion and cut out opportunities to speculate, fantasise, and poetically re-imagine events. Artists, and those who like to daydream and listen to the (irrational) murmurs of their unconscious, as well as pataphysicists for whom knowledge is not only complex, but ambiguous, paradoxical and radically inconsistent, will naturally have an instinctive dislike for it.

But, nevertheless, I think the scientific method and the axioms upon which it's based - there's an objective reality that is subject to natural laws which we can understand - is something worth defending, particularly in this present time of resurgent religiosity. And Occam's razor generally lends support to these axioms (although, of course, it doesn't prove them).

An article by Chris Chatham that shows the limitations (or bluntness) of Occam's razor - particularly within a scientific context - has been brought to my attention by Simon Solomon: click here. It seems that Whitehead offers us the best perspective on this topic: "The guiding motto in the life of every natural philosopher should be 'Seek simplicity and distrust it.'"

Posted by Stephen Alexander at 17:44 No comments: