We're All Austrians Now (Reflections Beneath a Black Sun) 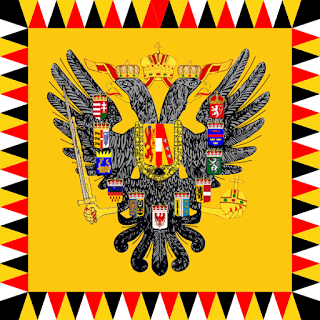 No one knows for sure how the current migrant crisis in Europe will unfold or what consequences it might entail; as I have said elsewhere, it's a wicked problem and a real mess. However, it seems to me that one of the things that might result is the recreation of the social and political conditions in Europe as a whole that were last witnessed in Austria in the 19th century and that the potential for a new form of völkisch nationalism (or fascism) is thus a very real possibility.

Such a desperate and virulent reaction might not be welcome or prove to be very helpful, but it is perhaps understandable when mass immigration from Africa, Asia, and the Arab world results in what Jean Baudrillard once described as the internal exile of the European citizen in their own society.

This sense of alienation and the perceived threat to the future of Europeans as an ethnically and culturally distinct group with their own history and traditions is almost certain to grow and, far from being a paranoid and pessimistic fantasy on behalf of a small number of individuals, there is clear evidence from the maternity wards that the continent is undergoing a rapid and major demographic change. As one critic notes:

"In 1900 the white European races constituted some thirty-five percent  of world population. Owing to declining birth rates among whites in advanced industrial nations, coupled with the explosion of the Third World population ... the figure is now just under ten percent in global terms." [1]

What is more, these same nations are accommodating ever larger numbers of immigrants, having committed themselves with ideological fervour to their own fantasy of multiculturalism no matter what the cost. For those Europeans concerned about their own identity - whether that's primarily based on racial, national, cultural, or religious grounds (and regardless of the fact that those grounds might be entirely spurious) - this places them in much the same position as the German-speaking Austrians during the final years of the Habsburg Empire; i.e., one of perceived disadvantage and ever-decreasing influence.

This, as Al Gore might say, is an inconvenient truth that is rarely addressed or even acknowledged within the dominant and self-legitimating forms of political discourse. To even raise the issue not only offends the sensibilities of the age, but risks legal action under the highly dubious law of incitement to hatred. As Martin Amis writes, any acknowledgement of white anxiety about becoming a numerical minority within Europe invariably results in accusations of racism. But this isn't simply about race, it's also about political values and ethics:

"If every inhabitant of a liberal democracy believes in liberal democracy, it doesn't matter what creed or colour they are; but if some of them believe in sharia ... then the numbers are clearly crucial." [2]

What has become clear, is that commentators on the far right have a much more radical and astute understanding of what's going on and what's at stake; they might arrive at deeply troubling solutions, but they identify genuine problems and concerns. Baudrillard offers a painfully revisionist explanation of why the left have failed us and why the right today possess the last remnants of political interest:

"The right once embodied moral values and the left, in opposition, embodied a certain historical and political urgency. Today, however, stripped of its political energy, the left has become a pure moral injunction, the embodiment of universal values, the champion of the reign of virtue and the keeper of the antiquated values of the Good and the True ..." [3]

In short, the left has become ... boring! Political correctness, on which the left now prides itself, has reduced politics to a zero-point of moral and intellectual banality. This has resulted not only in the abject surrender of the left, but also in a defeat for critical thinking.

And so, today, in this transpolitcal era, if politics can be said to exist at all, it has slid over to the far right. Rather shamefully, it's Europe's neo-conservatives and neo-fascists who still have something to say worth hearing; all other discourses are moral or pedagogical, says Baudrillard, and made by a mixture of lesson-givers, aid workers, and bleeding heart celebrities who believe in peace and love and a universal humanity.

This doesn't mean you should all rush out and vote for those on the far right, but it does mean that if you really want to hear a wild analysis of the times in which we live, there's little point in listening to those on the left - including its more colourful figures, such as Russell Brand - who always speak with a tremor in their voice either of righteous anger, or full of pity for the suffering of the world. If these idiots fail to see things clearly it's partly due to the permanent presence of tears in their eyes.

Unfortunately, globalization doesn't merely unleash massive flows of capital, information, and skills across borders, but also disease, crime, and barbarism. Nation states are compromised and traditional cultures are confronted with unfamiliar customs and values that many find threatening and unwelcome. Thus defensive and reactionary ideologies begin to emerge based on notions of identity and in violent opposition to pretty much everything that is going on around them.

"We cannot know", writes Goodrick-Clarke, "what the future holds for Western multicultural societies, but the experiment did not fare well in Austria-Hungary ..." [4]

This post is a revised version of the opening remarks to an essay I wrote in 2008 entitled 'On the Spirit of Terrorism', in Reflections beneath a Black Sun, Volume IV of The Treadwell's Papers, (Blind Cupid Press, 2010).

Posted by Stephen Alexander at 09:58 No comments: