D. H. Lawrence and the Ache for Being 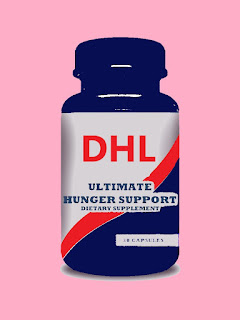 DHL Ultimate Hunger Support
(SA/2022)
D. H. Lawrence is particularly scornful of Walt Whitman's claim to be he who aches with amorous love for everyone and everything. Better, he says, to have an actual belly-ache, which is at least localised and easily relieved via a visit to the lavatory [1].
So imagine my suprise when I recently came across a verse in which Lawrence writes of an ache for being, which he describes as the ultimate hunger [2]. Written several years prior to the essay on Whitman, one might have thought Lawrence would have remembered this line about ontological craving and perhaps cut poor old Whitman a bit of slack.
For whilst there is certainly something ridiculous in the thought of the good gray poet having blue balls (epididymal hypertension) as the result of his amorous idealism, so too is there something equally ridiculous in Lawrence's feeling starved of being and longing to eat his full, as it were, in the fourth dimension, going beyond the bounds of daily existence and surpassing himself [3].
Better he hungered for a hot dog or hamburger, which is at least something specific and which you can get your teeth into ...
Notes
[1] See D. H. Lawrence, 'Whitman', Studies in Classic American Literature (Final Version, 1923), ed. Ezra Greenspan, Lindeth Vasey and John Worthen, (Cambridge University Press, 2003), pp. 148-61. I discuss this essay in a post published on 27 March 2019: click here.
See also Lawrence's essay 'The Novel', in Study of Thomas Hardy and Other Essays, ed. Bruce Steele, (Cambridge University Press, 1985), pp. 177-190, where he writes:
"If, in Plato's Dialogues, somebody had suddenly stood on his head and given smooth Plato a kick in the wind, and set the whole school in an uproar, then Plato would have been put into a much truer relation to the universe. Or if, in the midst of the Timaeus, Plato had only paused to say: 'And now, my dear Cleon - (or whoever it was) - I have a belly-ache, and must retreat to the privy: this too is part of the Eternal Idea of man,' then we would never need have fallen so low as Freud." [181]
[2] See D. H. Lawrence, 'Manifesto', in The Poems, Vol. I, ed. Christopher Pollnitz, (Cambridge University Press, 2013), p. 218.
[3] Aware that readers might have some trouble understanding what he means by this, Lawrence attempts to explain:
"It is the major part of being, this having surpassed oneself,
this having touched the edge of the beyond, and perished, yet not perished."
After that, says Lawrence, we become unique and move in even greater freedom than the angels; "conditioned only by our own pure single being" and looking neither to the past nor future, but living in the nowness of the moment. See 'Manifesto', in The Poems, sections VI-VII, pp. 218-220.
For a related post to this one - on the verb to be - click here.
Posted by Stephen Alexander at 07:57