On the Question of Distance and Proximity 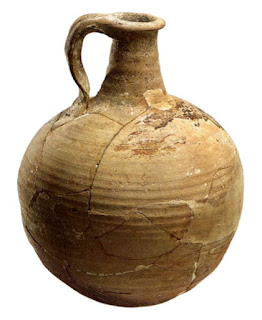 Longing is the agony of the nearness of the distant - Heidegger [1]
I.
In what I thought was an important post written at the start of the year, I invited members of the D. H. Lawrence Society and wider Lawrence world to reconsider their use of (and increasing reliance upon) Zoom: click here.
Alas, despite the post picking up almost 1,300 views, it seems that my fellow Lawrentians decided to ignore the issue I raised concerning technology and carry on Zooming.
Indeed, during the summer, the D. H. Lawrence Society of Great Britain even organised and hosted an international virtual symposium in the belief that such an online event would bring "Lawrence scholars and enthusiasts from around the world back into proximity" [2].
In order to indicate why this belief is philosophically naive, let us turn to Heidegger's thought in this area ...
II.
In Being and Time, Heidegger argues that natural science depends on a concept of time and space that limits our understanding of being in the world. We cannot construct meaningful notions of distance - this is near, that is far - or appreciate how things might reveal themselves in a manner that isn’t enframed by technology, simply based on what our boffins tell us.
Twenty-years later, in his Bremen lecture series, Heidegger notes that because of planes, trains, and automobiles - as well as advances in the telecommunications industry - all distances in time and space are shrinking and yet, paradoxically, this does not bring nearness; for the latter does not consist in the mere closing of distance.
Indeed, not only has nearness remained far away, but, if anything, it has become kept at bay by the frantic abolition of all distances [3].
The irony is, because everything in an age of techno-obscenity is close-up and immediately present in HD, we no longer have any experience of the nearness of those things that are nearest to us. For in order to experience nearness one needs to encounter things as things; i.e., in their actuality, not merely as representations or images on a screen.
One needs, in other words, to appreciate that the distance between objects is not something that can simply be measured in feet and inches; for it is neither neutral nor abstract, but a question of lived experience - or, more precisely, what Lawrence would think of in terms of relationship (or touch).
Zoom, which during the coronavirus pandemic has risen to a position of dominance within the world of social media [4], will not enable you to climb down Pisgah and back into the nearness of the nearest; nor will it allow you to come back into touch, or meet within what Lawrence terms the fourth dimension.
I would suggest, in closing, that Heidegger is right to argue that nothing is more unearthly (and less Lawrentian) than the (nihilistic) collapsing of everything into uniform distancelessness, so that everything present is equally near and equally far. Those who value proximity need to recognise the importance of also preserving distance.
Notes
[1] Martin Heidegger, 'Who Is Nietzsche’s Zarathustra?', trans. Bernd Magnus, in The Review of Metaphysics, vol. 20, no. 3 (March 1967), pp. 411–31. Click here to read on JSTOR.
[2] I'm quoting from the promotional pdf for 'D. H. Lawrence, Distance and Proximity: an international virtual symposium' (10-14 July, 2021): click here.
[3] Martin Heidegger, 'The Thing', Poetry, Language, Thought, trans. Albert Hofstadter, (HarperCollins, 2001), pp. 161-180.
[4] In 2020, Zoom was the fifth most downloaded mobile app in the world.
Posted by Stephen Alexander at 14:19