Between Thy Moon-Lit, Milk-White Thighs 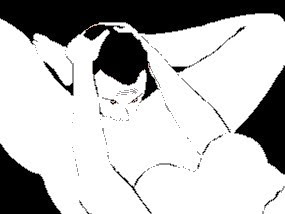